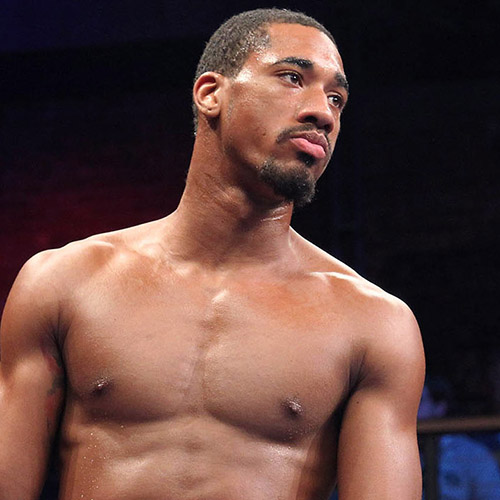 Demetrius Andrade, long one of boxing’s best talents but short on television exposure, is ready to grab the brass ring. He just needs exposure.

To that end, Andrade is in talks with HBO regarding a multi-fight deal, the first of which is set to take place on October 21, with “Boo Boo” squaring off in the televised co-feature underneath Jezreel Corrales vs. Alberto Machado at Turning Stone in Verona, N.Y. Still to be settled: just whom Andrade will face.

He’s ranked No. 4 by THE RING at junior middleweight, but most of the best fighters at 154 pounds are part of Premier Boxing Champions. In fact, five of the top 10 fighters at the weight will compete on October 14 on Showtime. That leaves limited options for Andrade, who has designs on the kind of stardom befitting his ability.

The Providence, Rhode Island, native is willing to fight at middleweight, though, knowing that HBO has ties to the likes of Canelo Alvarez and Gennady Golovkin, who face off Saturday in the long-awaited super fight.

It’s also possible his October 21 assignment will take place at a catchweight like 157 pounds. So while he doesn’t have a set opponent, Andrade does possess something he hasn’t for years: hope.

For not only has Andrade (24-0, 16 knockouts) been inactive. He’s also fought far away from the biggest stages. He’s competed far away from any American TV at all. Since a 2013 victory over Vanes Martirosyan to win a 154-pound title on HBO, he’s fought just four times. Only one of those matchups came against a top-10 opponent, a 12th-round stoppage of Willie Nelson on Showtime last year.

One other bout was on HBO, a 2014 stoppage of Brian Rose. The other two fights were nondescript affairs that weren’t televised.

Andrade, 29, is seeking to change his outlook. After all, the talent has always been there for the slick-moving, hard-punching southpaw who competed in the 2008 Olympic Games.

Now, he just needs the one commodity that’s truly eluded him: exposure.