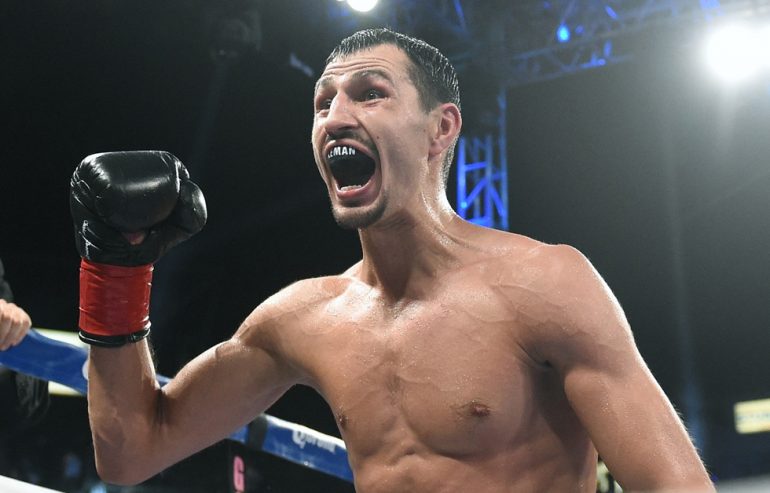 Viktor Postol will end a 14-month hiatus when he meets Jamshidbek Najmiddinov on Saturday in Kiev, Ukraine.

The 33-year-old hopes to put that loss behind him against the unbeaten, though vastly less experienced Uzbekistani opponent. Postol admits he’s very much in the dark, with regard to what Najmiddinov (14-0, 9 KOs) brings to this fight.

“Probably (Najmiddinov) is a brave boxer and he will be a tough competitor,” Postol told RingTV.com through his manager Vadim Kornilov. “I guess as he agreed to fight me in my homeland where many others just refused to take up this fight.

“As for my return, I should say that I never been out of boxing. It was just absence of any offers and any fights for me. That time I spent with my family, taking care of them.”

As impressive as Postol had been acquiring the WBC belt, stopping Lucas Matthysse, in October of 2015, he was equally disappointing against Crawford. He had hoped to return sooner but, for various reasons, he hadn’t been able to.

“After the Crawford fight, I took one month rest and then I got back to the gym,” said Postol. “I have been ready to fight within all that time, with any opponent, but the question why I was absent should be directed to my manager.”

When asked about this, Kornilov says, “We have been looking for the right opportunities for Postol in the United States and it’s been hard to get a TV spot for a non-U.S. fighter lately. We hope to make up for it in the next year.”

Postol has been featured three times on HBO, first impressively stopping Selcuk Aydin on the undercard of Juan Manuel Marquez-Mike Alvarado, in May of 2014.

He couldn’t entice then-WBC titlist Danny Garcia into facing him and spent an extended period on the sidelines before he met Matthysse, knocking out the rugged Argentinean in the 10th round.

His most recent HBO appearance took place last summer against Crawford, who easily bested him via dominant unanimous decision.

Even when the Ukrainian won, he couldn’t find TV opportunities easy to come by.

Postol has three strikes against him: He’s tall, rangy and has a very awkward style, speaks minimal English and is too good for his own good.

His style isn’t overly TV-friendly; he’s economical and clinically efficient, breaking a fighter down as he did with both Aydin and Matthysse, rather than eye-opening.

While others from the former Soviet Union, WBO junior lightweight titlist Vasyl Lomachenko, former IBF/WBA/WBO light heavyweight titlist Sergey Kovalev and undefeated light heavyweight contender Artur Beterbiev, have caught attention in the U.S. due to their other-world skill sets or brute power, Postol is a quiet family man, who is a mini-Klitschko clone, in terms of looks as well as fighting style. He’s more respected than admired.

Although previously aligned with Top Rank, Postol isn’t currently under contract to any Stateside promoter.

“We currently do not have a promotional agreement with Top Rank,” said Kornilov, “but we are partners and are working together.”

The young manager expects his fighter to get back in the win column and then move toward another title opportunity.

“This should be a good fight after a long layoff,” Kornilov explained. “Once Postol proves himself in the ring and feels good, we will look to move forward with having Postol move towards another WBC world title shot, as he is now No. 3 in the world.”