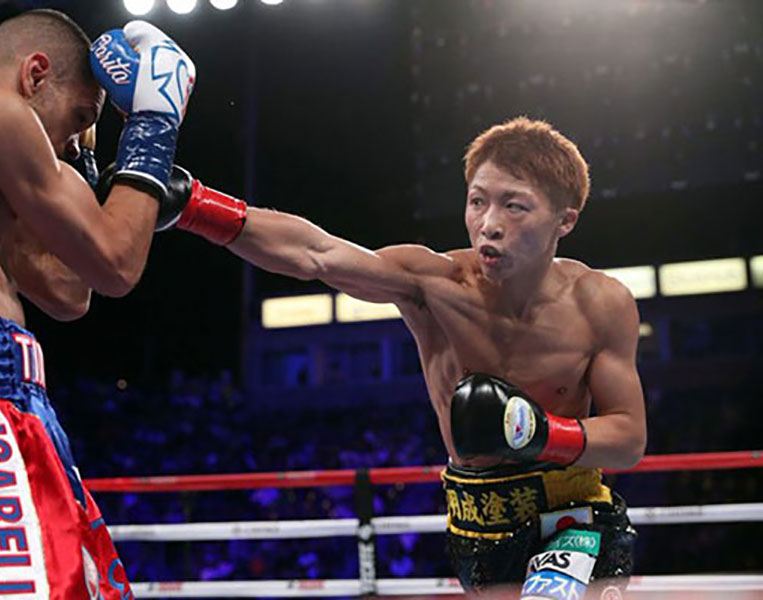 CARSON, California – Here’s what we learned about Nayoa Inoue during the Japanese phenom’s anticipated U.S. debut in the main support to the Srisaket Sor Rungvisai-Roman Gonzalez rematch on Saturday:

He’s a good athlete with solid balance and sharp reflexes.

He’s a fast, accurate puncher – especially with his piston-like jab – and he knows how to control the pace of a fight.

He’s got very good power, but he’s not a one-punch-KO hitter.

He’s an excellent body puncher, definitely one of the best in boxing.

These attributes combined to dominate Antonio Nieves to the degree that the 30-year-old Ohioan’s corner stopped the fight after six one-sided rounds.

Inoue (14-0, 12 knockouts), a 24-year-old Yokohama resident who has already won world titles in two weight classes, retained his WBO 115-pound belt for the sixth time and successfully introduced himself to an American audience.

THE RING’s No. 1-rated junior bantamweight was impressive, but not as spectacular as his legion of hardcore boxing fans have made him out to be in recent years. Nieves (17-2-2, 9 KOs), a former U.S. amateur standout from Cleveland, is a solid-but-unspectacular fringe contender. Many expected “The Monster” to blow him out early, but in lasting six rounds, Nieves, who was game but also in survival mode for long stretches of each round, showed the boxing world some of the areas where Inoue could improve:

He does a decent job of slipping punches but he often advances without a high guard or upper-body movement, making him susceptible to jabs.

He likes to stalk his opponents, but he could do a better job of cutting the ring off. 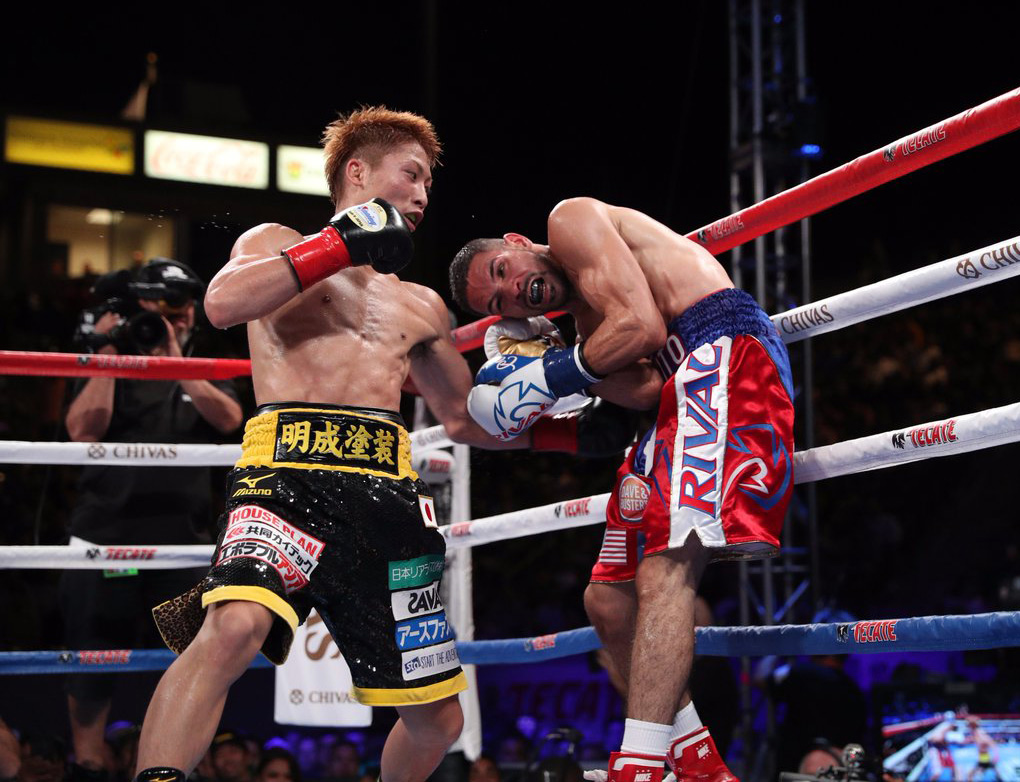 And, while he can punch and he certainly commits to the body, he often throws one shot at a time, neglecting combination punching.

Still, he was too much for Nieves, who was dropped with a wicked left to the body in Round 5, and will likely be too much for all but the very best of the 115-pound division (all of whom happened to be in action on the same card). Inoue was content with how he handled Nieves, who had never been stopped.

“I’m very happy with my performance,” he said. “(Nieves) was a brave warrior, but I was too strong for him.”

American fight fans that saw Inoue for the first time on HBO liked what they saw, if social media is any indication, and “The Monster” says he’s eager to return to the U.S. and network for major fights.

“I’m very happy to fight here in the United States and on HBO,” Inoue said. “I’d love to come back and fight here again soon. I don’t care who I fight next — any of the other champions, as soon as possible.”

That’s great news for hardcore fans, and maybe bad news for junior bantamweights, as Nieves can attest to: