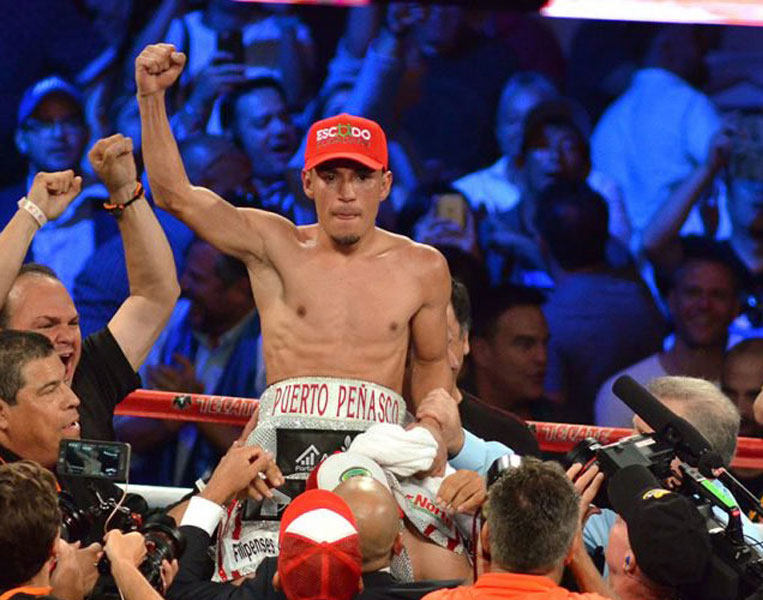 Estrada took control of an entertaining WBC junior bantamweight title eliminator against Carlos Cuadras and dominated the second half of the fight, winning a unanimous decision on the Wangek-Gonzalez card at StubHub Center.

Ring announcer Michael Buffer originally announced Cuadras as the winner, sparking a celebration in his corner, but Buffer quickly said a mistake had been made and declared Estrada the winner.

Cuadras (36-2-1, 27 knockouts) got off to a good start, moving in and out, winging punches and proving to be elusive. But Estrada (36-2, 25 KOs), the better technician, gradually adjusted to Cuadras’ style and landed more and more punches – many of them hard shots – as the fight progressed.

By the sixth round, Estrada was in charge, methodically stalking Cuadras and winning most exchanges.

Estrada put Cuadras down in the 10th round with a straight right. That turned out to be the difference in the fight, as it would’ve been a draw without the knockdown.

“He surprised me with his fast hands,” Estrada said, “but once I figured him out, I started beating him. I probably won the last seven rounds. I was very surprised to hear the (original) decision. I thought, ‘I’ve been robbed.’ I was happy when it was overturned.”

Cuadras insisted the overturned verdict was the correct one.

“I won the fight, I landed the harder punches,” he said. “No way he beat me. The knockdown was a slip, I was never hurt. I want an immediate rematch.”

Estrada, the two-time flyweight titleholder who lost a decision to Gonzalez in 2012, is now in position to fight the Wangek-Gonzalez winner. Wangek, also known as Srisaket Sor Rungvisai, upset Gonzalez in March.