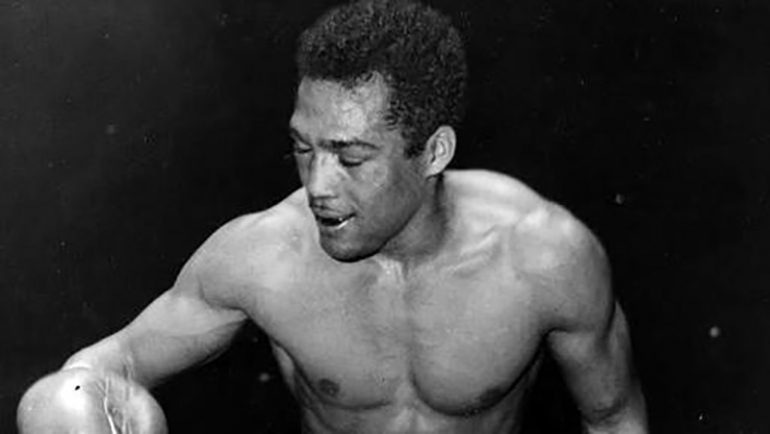 Although the 5-foot-4½-inch Ramos was short on height for a 126 pounder, he compensated by owning an extraordinarily long reach for a man his size (68 inches) as well as firing a potent right cross that helped him amass 40 knockouts in his 55-7-4 record. During a career that began two months before his 16th birthday, Ramos, a native of Matanzas, Cuba, recorded victories over Alfredo Urbina, Rafiu King, Baby Vasquez, Eloy Sanchez, Mitsunori Seki, Vicente Durado, Floyd Robertson, Chango Carmona, Raul Rojas and Davey Moore, among others. 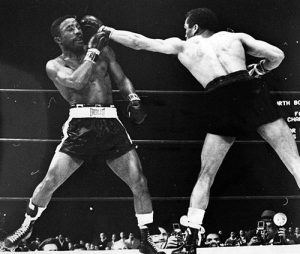 Unfortunately for Ramos, it is the aftermath of the Moore fight – the fight in which Ramos achieved his dream of becoming world champion at the tender age of 21 – for which he is most often remembered. On March 21, 1963 at Dodger Stadium in Los Angeles, Ramos-Moore was one of three world championship fights staged there. Ramos scored a knockdown in the 10th round, during which the back of Moore’s head struck the bottom rope. That caused an injury to Moore’s brain stem so severe that the 29-year-old Moore died two days later. Even worse for the new featherweight champ: Moore was the second fighter who died following a fight with Ramos. On November 8, 1958, in Havana, Jose Blanco passed away following an eighth-round stoppage in what was Ramos’ 12th professional fight.

Ramos didn’t allow Moore’s death to derail his career. Instead, he continued to fight – and fight well. Less than four months after the Moore tragedy he scored a unanimous decision over King in his adopted hometown of Mexico City (to where he fled after the Fidel Castro regime seized power in his native Cuba). After notching non-title wins over Sammy McSpadden in England (KO 2), Kid Anahuac in Los Mochis (KO 8) and Derado in Los Angeles (W 10), Ramos scored two important road victories in championship fights against Seki in Tokyo (KO 6) and Floyd Robertson in Ghana (a split W 15 that created an uproar among the locals). Ramos’ tumultuous title reign ended four months later in Mexico City at the hands of native Mexican Vicente Saldivar, who forced Ramos to retire on his stool following the 12th round.

Ramos rebuilt his standing by rising in weight and scoring five straight wins that earned him a chance at world lightweight champion Carlos Ortiz. Their October 1966 meeting in Mexico City was fraught with controversy.

Shortly after suffering a second-round knockdown, Ramos picked up a cut over his left eye that eventually required 28 stitches. That severe bleeding prompted the referee, former light heavyweight champion Billy Conn, to stop the fight in Round 5, a round that THE RING would go on to name its “Round of the Year.” Conn’s decision infuriated the pro-Ramos crowd that numbered approximately 35,000 and the WBC reacted to the outrage by overruling Conn’s decision and ordering Ortiz, who was now in his dressing room, to re-enter the ring and continue the fight. When Ortiz refused, Ramos was declared the winner and new champion. Two days later, WBC president Luis Spota declared the title vacant and ordered a rematch while the WBA continued to recognize Ortiz as champion.

The rematch was staged the following July, this time before a pro-Ortiz crowd at Hiram Bithorn Stadium in San Juan. Both titles were at stake and Ortiz consolidated his win in Mexico City by scoring another stoppage, this time in round four. 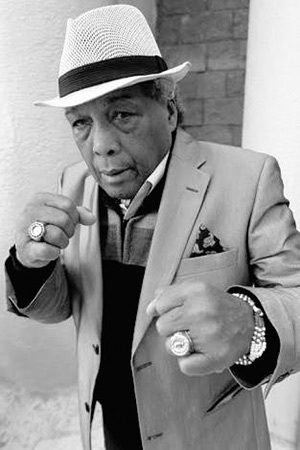 Once again, Ramos shook off his setback and won his next four fights – including two over Carmona and Rojas – to set up a meeting with former lightweight champion Mando Ramos. In a war in which both fighters were covered with crimson thanks to cuts over both eyes and in which both fought with swollen orbs, Mando overcame a mid-fight surge by “Sugar” to come on strong in the 10th and final round. The decision was split, but it was Mando who came away with the victory. Ramos won only one of the four fights that followed, and after a 10th-round TKO loss to Cesar Sinda in April 1972, the 30-year-old Ramos retired.

Along with Kid Gavilan, Jose Napoles, Luis Rodriguez, Benny “Kid” Paret, Jose Legra, Doug Vaillant, Florentino Fernandez and a few dozen others, Ramos was among the final generation of professionals the island nation produced before the rise of Castro, a rise that forced them – as well as a slew of trainers, managers and promoters – to forge their legends elsewhere. Like them all, Ramos was the picture of perseverance following his move to Mexico and it is that courage in the face of adversity that will shape his legacy.