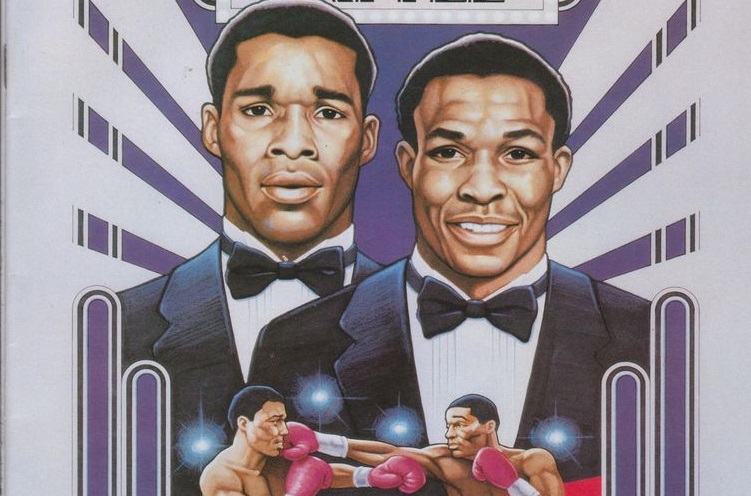 Sumbu Kalambay is one of the most underrated fighters of the 1980s. He won a version of the middleweight title later in the decade and was a handful for many of the best fighters of his time.

Kalambay was born in Lubumbashi, the second largest city in Democratic Republic Of The Congo on April 10, 1956.

In Congo, like many African countries, polygamy was permitted. Kalambay’s father had two wives and sired 17 children, Kalambay was the first born son. His early years went without incident.

“My father had a good job as accountant in a company that imported cars from Germany to Congo, so we didn’t struggle very much to live,” Kalambay told RingTV.com through interpreter Marco Bratusch. “My early years passed pretty smooth and enjoyable.”

He first became interested in boxing when a friend of his brother, who was an amateur boxer, invited him to the gym.

“From that day, we went on working out altogether,” he said. “It was challenging but very entertaining, so I found myself very engaged. The training regime was also really good.

“Before trying boxing, I used to play soccer because, in Africa, just like in Italy, kids and youngsters love running behind a ball (laughs). I also tried athletics, as I was a good middle-distance runner and used to compete in 5,000-meter races when I was very young.”

However, boxing gripped him. Kalambay was a good amateur, going 90-5, but there was no progression to the pros in his homeland. It was something he yearned for and it prompted him to move to Italy to seek future glory.

“Some friends of mine had already left to box in other countries, especially in Europe,” he explained. “When several countries boycotted the 1980 Olympics in Moscow, the United States and those other countries set up a world tournament to compete against one another.

“So I joined that tournament and lost against a Puerto Rican fighter. I was really fast and already a technical and slick boxer but he was the aggressor so they gave him the victory, although a lot of people disagreed with it. After that tournament, I left for Italy as I already had a contract with an Italian manager named Sergio Cappanera.”

Kalambay turned pro in October 1980. He lost his third bout but continued to hone his skills over the first half of the decade, fighting mainly in his adopted home of Italy.

He made his American debut in April of 1985, against once-beaten Duane Thomas in Atlantic City on the undercard of the Harry Arroyo-Jimmy Paul lightweight tussle. Kalambay dropped a points decision over 10 rounds.

Three fights later, he won the Italian championship. It proved to be a watershed moment in his career.

“Perhaps my most important victory occurred when I won the Italian title in Caserta against Giovanni De Marco in 1985,” he explained. “That was the exact moment when I realized that I could achieve something important in professional boxing. Before that, I didn’t have any idea of my potential yet.”

He then challenged fellow African transplant Ayub Kalule for the European title but lost an agonizingly close split decision.

After returning to winning ways, Kalambay received a second European title shot in May 1987, traveling to London to face highly touted Herol Graham.

Kalambay impressively snapped the Brits 38-fight unbeaten run by close but deserved unanimous decision. Looking back, he feels that is his proudest moment in the sport.

“They called him ‘Bomber’ because he was a big puncher and had knocked out almost every opponent he had faced before,” he said. “The Italian press didn’t give me any chance to beat him. However, not only did I soundly beat him but I also put him down during our fight. The following day, all the newspapers in Italy celebrated my victory, so… it has been a sort of double victory for me.”

The masterful win went a long way to helping him procure a fight for the vacant WBA 160-pound throne that had been stripped from Marvin Hagler, who elected to face Sugar Ray Leonard in a super-fight instead of fulfilling his mandatory obligation.

Kalambay met New York puncher Iran Barkley for the vacancy. The Italian-based African used his pinpoint jab to constantly offset the American to win a decision. It was the final 15-round fight under WBA rules.

In March 1989, he was offered the opportunity to face Michael Nunn in a unification bout. However, the WBA stripped Kalambay for facing Nunn instead of its mandatory challenger, former opponent Graham.

Nunn entered the ring in the Hilton, Las Vegas as a sizable 5-to-1 favorite and proved why when he became the first and only man to stop Kalambay – who earned $400,000 – catching him cold, midway through the opening round, with a devastating left hand. The fight was later voted “THE RING Magazine Knockout of the Year.”

“He caught me flush with a powerful and accurate left hook early in round one,” Kalambay said of the loss. “I was still warming up and so the punch was very effective and I could not beat the count. Plus, I did not see that punch coming.”

Kalambay rebounded to win the European title and earn himself a shot at his old title, now in the possession of another old adversary, McCallum. It was another closely contested fight; however, this time McCallum edged matters.

Looking back, Kalambay has fond memories of the 24 rounds he shared with the 2003 International Boxing Hall of Fame inductee.

“McCallum was undefeated when we had our first encounter and he was really dangerous, even though he was in his first fight at middleweight, coming from a reign at junior middleweight,” he stated. “The Italian press didn’t give me any chance of victory. I fought a very careful fight, moving around to keep him out of balance and using my straight jab constantly.

“In the second fight, he broke my rib in round five with a body shot, so it was very painful for me trying to dance around and box. I could not step up the pace either and he beat me by a couple of points.”

After losing a spirited decision to Chris Pyatt for the vacant WBO middleweight title in May 1993, he decided to retire as an active fighter but remained involved as a trainer, working with notable Italians Antonio Perugino, Paolo Vidoz and former IBF world welterweight champion Michele Piccirillo.

Kalambay, now 61, still lives in Italy, with his partner of 21 years. He has three children and two grandchildren. His son was a soccer player who, at one time, was on A.C. Milan’s books. Unfortunately a knee injury brought an end to his career. Kalambay has worked in several bars and pizzerias with his son in Italy and, earlier this year, they opened a new location in Marbella, Spain.

Kalambay graciously took time to speak to RingTV.com about the best he fought in 10 key categories.

BEST JAB
Mike McCallum: I would say Barkley, McCallum, DeWitt. All of them had a pretty good jab, perhaps McCallum had the most educated jab among them. Although I faced particularly aggressive punchers which highlighted my technical skills, so normally I had the best jab.

FASTEST HANDS
Francesco Dell’Aquila: I think it’s Dell’Aquila, he was quick and had good timing with his hands. He put me down in the very first round with a right cross. The referee scored another knockdown against me in round two which surprised me because I didn’t go or touch down on that occasion. Then I started to put pressure and stalk him with combinations and body work until he was not able to continue.

FASTEST FEET
Robbie Sims: As I said, I fought a lot of punchers, sluggers and brawlers although they were really good fighters all in all. So it’s not easy to answer such a question. Maybe it was Robbie Simms, he was good at cutting the ring off in order to stop me escaping. We had a fantastic match, the pace was very high in that one.

Jimmie Sykes: All in all I thing that was Jimmy Sykes, I fought him in Rome in an eight-rounder, few months before my first national title match. He was unbelievable, I floored him in the first round, he got up and took dozens of clean wallops from me, mostly hooks and uppercuts. I almost hurt my hands in that fight but could not take him out inside the distance.

SMARTEST
Iran Barkley: All my opponents were very good fighters and world champions, they know how to move and box. I would say the smartest of them all was Iran Barkley.

STRONGEST
Collins: Steve Collins, a true warrior, durable and strong. When I faced [Herol] Graham, I felt he was a strong guy and his fists were heavy. However, I managed to keep him off balance all night circulating around to slip punches and anticipating him with my fast jab. So basically I just had the perception of his power because he could not land flush on me during that bout.

BEST PUNCHER
Barkley: Iran Barkley was the hardest hitter I faced. He could hurt you in every way he landed, and he was a lefty that boxed out of a orthodox stance, so he could punch with either hands. I can’t really talk much about Nunn as fighter because that’s the kind of defeat that do not allow you to study your opponent well and truly confront him. That’s also why I’m not going to name him in your specific categories. Anyway, I can say he appeared an awkward, rangy southpaw who was able to box very relaxed. We had thought he was a very good boxer yet we did not consider him a very hard hitter, but all in all that’s the beauty and the unpredictability of our sport.

BEST OVERALL
Barkley: That’s very tough, because every fight presented different complications. My choice goes to McCallum and Barkley, although I’d choose the latter because that fight has been my hardest one. It has been one of the last 15-rounds championship fight too.