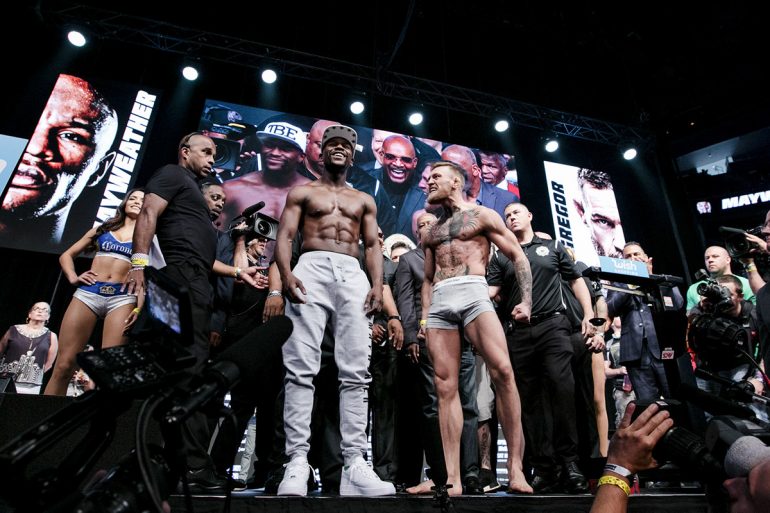 LAS VEGAS — Floyd Mayweather’s quest for a 50th victory is certainly more spectacle than sporting event, and to prove that, look no further than the gaggle of celebrities set to attend Mayweather-Conor McGregor.

The fighters should hit the ring between 11:30 p.m. and midnight ET.