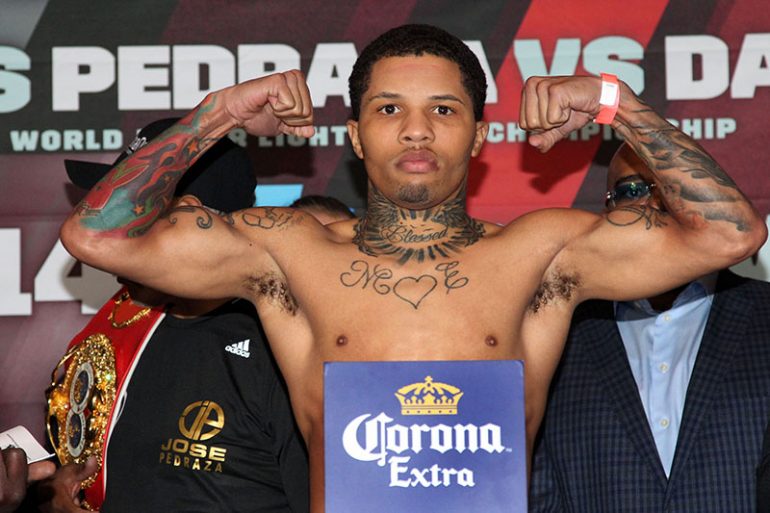 LAS VEGAS — Mayweather Promotions lost its only champion at the scale on Friday.

Gervonta Davis, the budding young star who won the IBF junior lightweight title in January, won’t make a second defense of his title after tipping the scales at 132 pounds. Francisco Fonseca can still claim the 130-pound title with an upset victory Saturday in the Mayweather-McGregor pay-per-view co-feature, but otherwise, the title will become vacant.

“I’m young, I’m growing. I had a chance to make the weight, I knew I couldn’t make it & that’s that,” Davis (18-0, 17 knockouts) wrote on his verified Twitter account. “I will have a belt again … I lost the belt, not a fight. My fans and supporters, I apologize. I will make it up!” 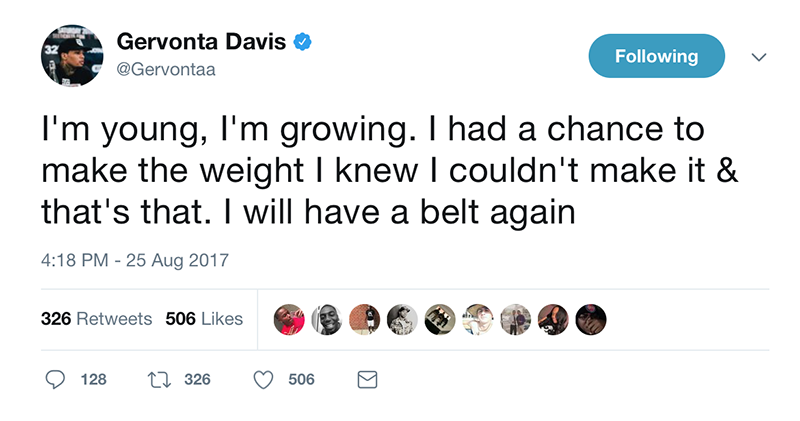 Late Thursday night, “Tank” was trying to sweat out the final pounds at the Mayweather Boxing Club, as he hit the pads clad in track pants, an Under Armour sweater and a blue beanie.

It was all for naught, though, and now Davis, 22, will have to settle for an attempt at a spectacular knockout in his showcase fight, with an eye on a title shot at 135 pounds down the line.