Irish turn out in droves for Mayweather-McGregor weigh-in 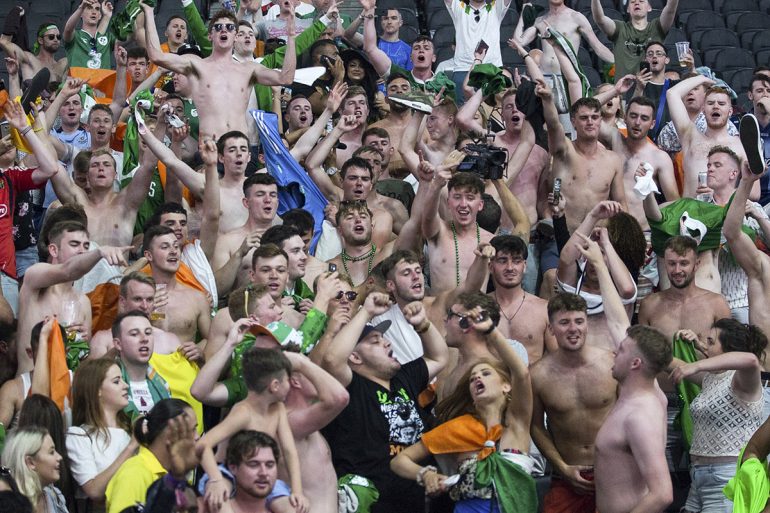 LAS VEGAS — They hurriedly, drunkenly stumbled down the silver escalator in droves, many of the pack wearing green tees.

Patrons spilled onto the plaza at T-Mobile Arena in search of a hot ticket, one that originally was complimentary: entrance to see Floyd Mayweather and Conor McGregor step on the scale at 3 p.m. PT sharp.

With just 30 minutes to go until the weigh-in kicked off inside, one thirtysomething man pleaded with scalpers to sell him two tickets at 20 bucks a pop. No cigar, as the tickets were fetching a cool $65 to see two half-naked man stand and pose on a scale for a split second. 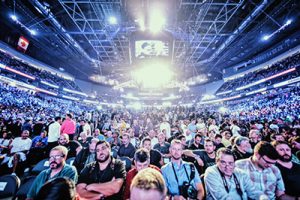 The aforementioned group of young Irish men tried to gather themselves. They needed to find their way — somehow, someway — to the entrance, alcohol-infused energy drinks in hand. They broke into an impromptu dance and song of “forty-nine and oneeeeee, forty-nine and one!,” a declaration more than a prediction that their man, Conor McGregor, Mystic Mac, would once again upset the odds, this time more insurmountable than ever, and lay the first professional defeat on Mayweathter’s sparking clean record.

Soon, the fighters were on the stage, eight weeks of grueling training all leading to this, a little more than 24 hours from the opening bell to their heavily anticipated event which has captured the sporting world’s undivided attention.

The fight that can’t possibly live up to the hype, even if their fans, mostly McGregor’s, will try to will them.

“He looks like dog s—,” McGregor taunted shortly after weighing in at 153 pounds. “He’s blown up. He’s full of water. This is the worst shape I’ve seen him in.”

Mayweather tipped the scales at just 149.5 pounds, more than four under the junior middleweight limit. But he’s not concerned at all about about the size difference, with McGregor revealing he expects to come in at about 170 pounds on fight night.

“Weight doesn’t win fights,” Mayweather deadpanned, a black-and-white TMT hat atop his head. “Fighting wins fights. … This is going to be his last fight, too.”

If this is indeed to be McGregor’s final fight, boxing, MMA, or otherwise, just don’t tell it to the Irishman’s legion of fans still singing more than 50 minutes after their hero exited the premises.