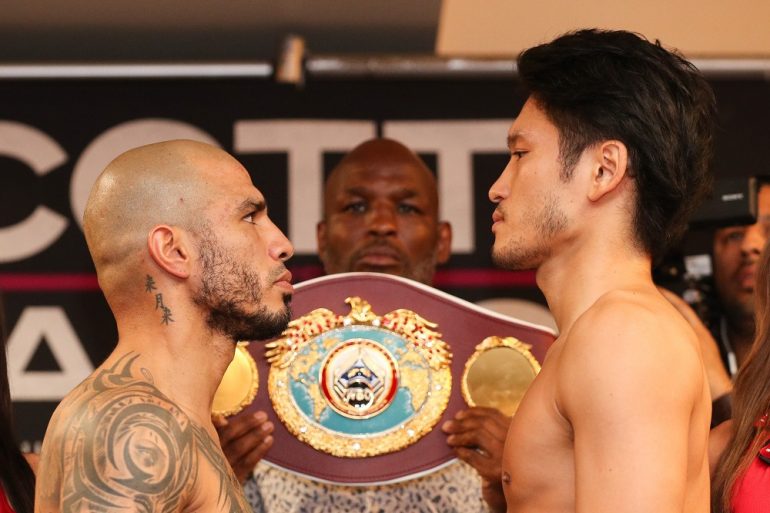 Miguel Cotto and Yoshihiro Kamegai both made weight on Friday for their junior middleweight fight Saturday at SubHub Center in Carson, California, on HBO.

The Puerto Rican star hasn’t fought since he lost a unanimous decision to Canelo Alvarez on November 21, 2015, 21 months ago. His Japanese opponent is coming off an eighth-round knockout of Jesus Soto Karass on September 10 of last year.

A victory would give Cotto his sixth major title, including the RING middleweight championship he lost to Alvarez. Kamegai has never held a major title. 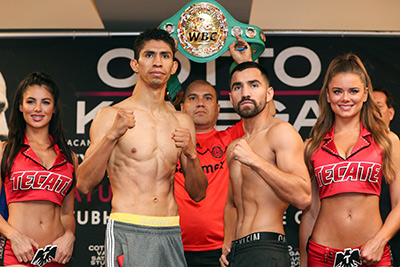 Rey Vargas and Ronny Rios, who fight for the WBC 122-pound title in the co-feature of the HBO broadcast, both weighed within the junior featherweight limit on Friday.

Vargas (29-0, 22 KOs), the defending titleholder from Mexico City, weighed in at 121.6 pounds. He won the vacant belt by outpointing then-unbeaten Gavin McDonnell in England on Feb. 25.

Rios (28-1, 13 KOs), who has won his last five bouts since suffering a stoppage loss to Robinson Castellanos in 2014, weighed in at the division limit of 122 pounds.

The HBO doubleheader telecast begins at 9:45 p.m. PT/ET (and will be televised on BoxNation in the U.K.)