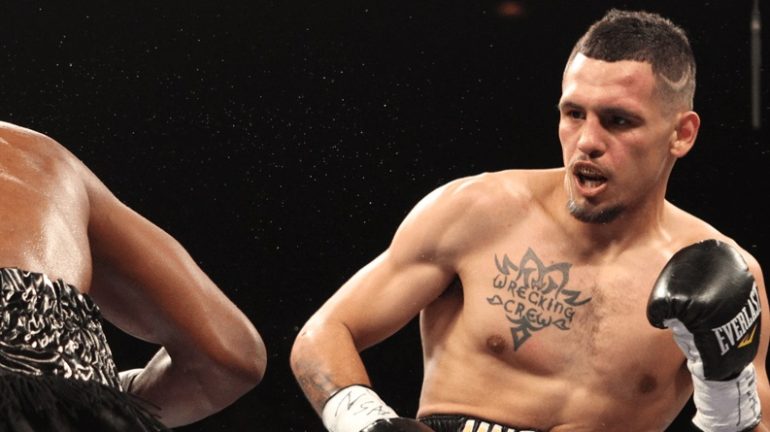 Junior welterweight Fidel Maldonado Jr. will square off against former lightweight title challenger Ismael Barroso on October 13, it was announced on Thursday morning.

The 10-round bout will take place at the Fantasy Springs Resort Casino in Indio, California. ESPN will broadcast the fight live, beginning at 10 p.m. ET/ 7 p.m. PT.

The Maldonado-Barroso clash is an intriguing crossroads bout between two hard-hitting southpaws whose careers are heading in different directions.

Maldonado (24-3-1, 19 knockouts) was dropped in round six in his most recent bout on June 17 but was able to grind out a split decision over Pablo Cesar Cano.

The 26-year-old Maldonado, who resides in Albuquerque, New Mexico, is unbeaten in his last six bouts since losing to Amir Imam in January of 2015.

Barroso (19-1-2, 8 KOs), who hails from El Tigre, Venezuela, has not fought since May 7 of last year, when he was knocked out by then-WBA lightweight titlist Anthony Crolla. Barroso was up on the scorecards until the stoppage.

With the loss to Maldonado, the Mexico City resident has lost two of his last three bouts.