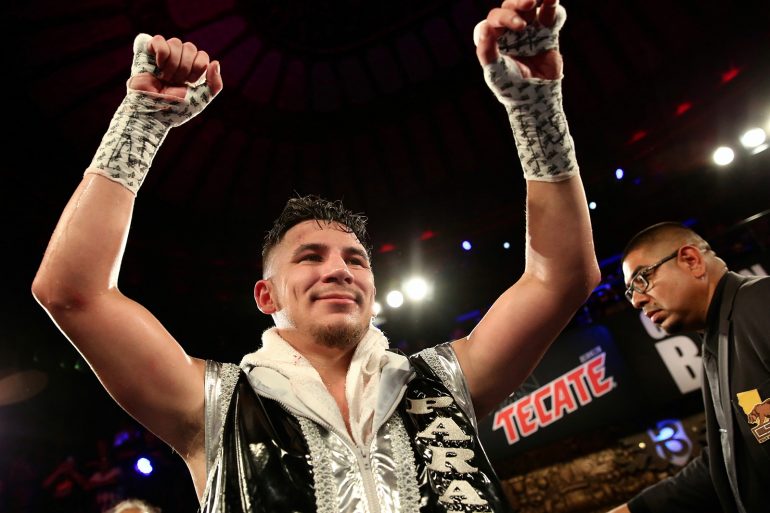 Another fight for Charles Huerta that ended in a split decision.

Only this time, Huerta was announced as the winner.

Huerta built an early lead before holding off a late rally by Miguel Angel Gonzalez of Mexico to grind out an eight-round technical decision on Thursday night.

The Gonzalez fight marked the seventh time a fight involving Huerta ended by split or majority decision. With the win over Gonzalez, Huerta runs his record to 4-3 in those fights.

Three of Huerta’s last four decisions he has lost have come by majority or split decision.

Prior to the Gonzalez fight, Huerta scored a third round knockout victory over prospect Ivan Delgado on April 14. Weeks after the fight, Huerta signed a promotional contract with Golden Boy Promotions. 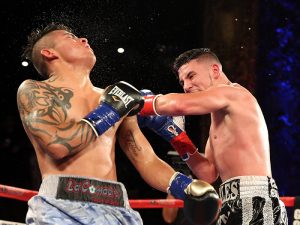 Huerta jumped out to an early lead over Gonzalez, thrilling the partisan crowd at the Belasco Theatre, many who live in and around Huerta’s hometown of Paramount, a suburb of Los Angeles. By the fourth round, Gonzalez closed the distance between him and Huerta, focusing his attack on the body of Huerta.

Both fighters stood toe-to-toe during the second half of the fight, providing fans with solid exchanges. The fight was competitive until 32 seconds of the eighth round when the fight was stopped due to an accidental clash of heads that produced a cut above Huerta’s hairline. After consulting with a ringside physician, referee Eddie Hernandez stopped the bout.

Lightweight Christian ‘Chimpa’ Gonzalez rebounded from his knockout loss in his last bout to knock out veteran Daniel Perales.

Gonzalez was knocked out by Romero Duno in the second round in a clash of hard-hitting lightweights. Perales entered the bout having lost his previous four bouts.

The 21-year-old Gonzalez, who is the nephew of former world titleholder Alejandro ‘Cobrita’ Gonzalez battered and bruised Perales early on. Perales chose to stay in the pocket, allowing Gonzalez to rain punches down on the journeyman fighter.

A barrage of punches in round three forced Perales to one knee where referee Wayne Hedgepeth counted him out at 1:14.

Fuentes’ awkward style allowed him to slip lead hooks or crosses to the head of Esparza. As Fuentes pressed the fight, Esparza, who is trained by Fernando Vargas, looked to counter to the head and body.