Gervonta Davis to defend title against Francisco Fonseca on Aug. 26 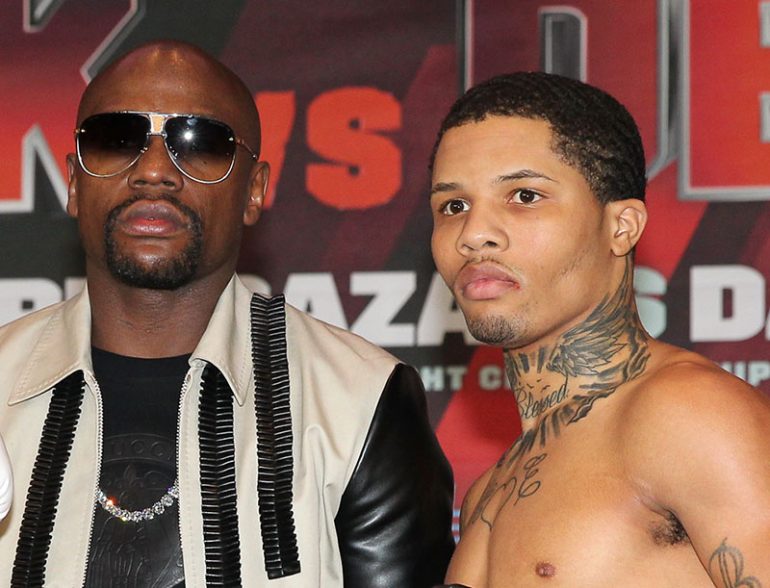 Floyd could probably be a better promoter to his fighters, but that's not where his heart (or ego) is.
10
Aug
by Mike Coppinger

Gervonta Davis is Floyd Mayweather’s protege, and perhaps his most talented boxer fighting under the Mayweather Promotions banner.

Now, Davis will be able to showcase his stuff on the big stage as the co-feature on the Mayweather-McGregor undercard. He’ll defend his junior lightweight title against untested prospect Francisco Fonseca on August 26 in Las Vegas.

The plan was to match Davis with former titleholder Roman Martinez, but the Puerto Rican is not in training and wouldn’t be able to make the 130-pound limit, a source told RingTV.com.

Davis is just 22 years old, but he’s quickly risen as a name to watch with his poise, tremendous power and TV-friendly style.

“I’m really excited to fight as the co-main event on the biggest card in combat sports history,” said Davis, who is the youngest-reigning champion in the United States. “I plan to put on a great show for everyone in attendance in Las Vegas and for those who purchase the PPV. I want to thank my team for this incredible opportunity. I’m ready for Floyd Mayweather to pass his torch to me.”

Davis (18-0, 17 knockouts) has scored nine consecutive victories inside the distance, and it’s likely Fonseca will make it 10. The Costa Rican’s lone blemish came in his pro debut, but his opposition has been weak.

“I am super grateful for this great opportunity,” said Fonseca (19-0-1, 13 KOs). “The dream of every young boxer is to fight for the world title and this opportunity comes at the best moment of my career and in the biggest in the history of this sport. I will beat Gervonta Davis and I will shock the world that night.”