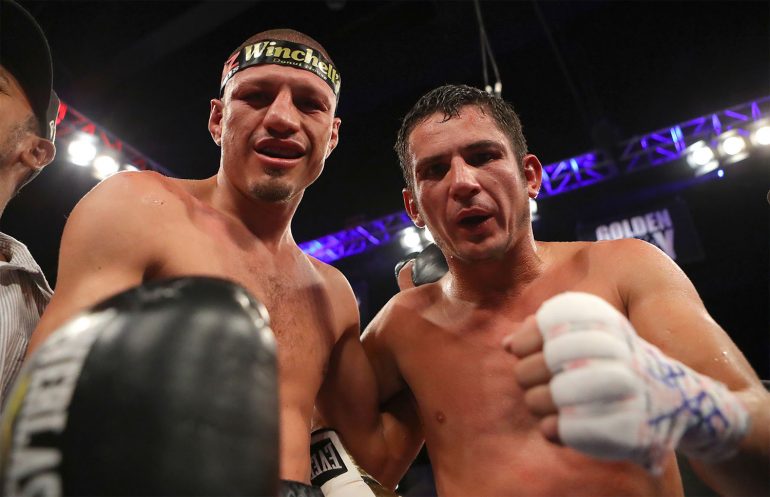 INDIO, California – How fitting the welterweight clash between Mauricio Herrera and Jesus Soto Karass took place at the Fantasy Springs Resort Casino. With their careers winding down, both Herrera and Soto-Karass were “all in” Friday night as the winner would prolong their fight days long enough for possibly one more significant payday. 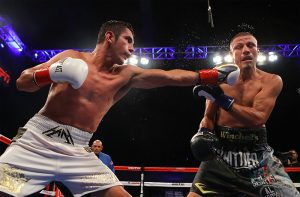 After 10 rounds, including a final round that produced a possible candidate for “Round of the Year,” Herrera ended up having his hand raised in victory. The former 140-pound title challenger built an early lead before having to hold off a late rally from Soto Karass to grind out a close majority decision before a boisterous near-sellout crowd.

Both fighters have struggled of late, as they enter the twilight of their careers. The 37-year-old Herrera had lost two of his last three fights, while the 34-year-old Soto Karass is now winless in his last five bouts.

However, both fighters gave fight fans a thrilling performance, especially in the second half of the fight.

From the opening bell, the slicker Herrera was able to outbox the taller Soto Karass, beating him to the punch during many exchanges. Soto Karass was able to close the distance during the middle rounds, ripping punches to the body of Herrera. 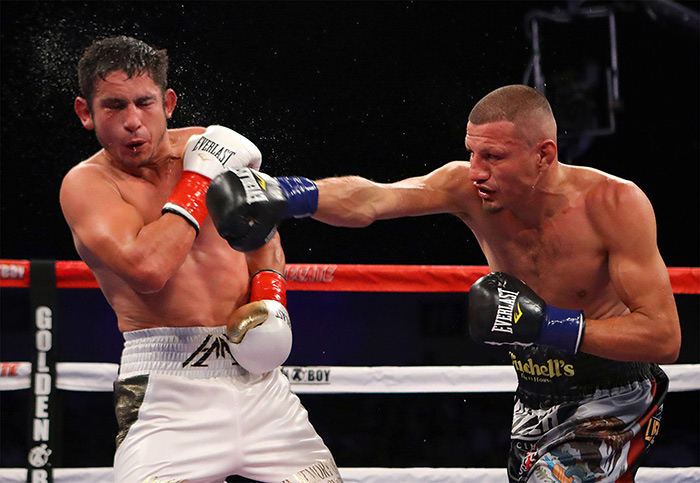 Herrera was more precise with his punches but the judges may have been swayed by the higher-punch volume from Soto Karass.

Sensing the fight was close, both fighters went at it during the final round, producing great exchanges between the two fighters. Both scored to the head and body up until the final bell sounded.

“He threw a lot of punches, which may have made the fight seem close,” Herrera told RingTV.com after the fight. “He did come on strong.

“I felt like I started out strong, landing my jab, and was controlling the fight intelligently. I banked a lot of the early rounds. It was a great fight.”

In a battle of light heavyweights, which was the co-feature to the “Golden Boy Boxing on ESPN” broadcast, former contender Vyacheslav Shabranskyy earned a knockout victory after previously unbeaten Todd Unthank-May remained on his stool after the seventh round.

This was the first significant test for Unthank-May. Shabranskyy rebounded from his knockout loss to Sullivan Barrera with a second-round knockout win over Larry Pryor on April 20.

From the opening bell, both fighters were on the attack. Shabranskyy consistently landed overhand right hands to the head of Unthank-May. By the end of the second round, Unthank-May was cut over his left eye, likely from a Shabranskyy right hand.

Unthank-May was effective and at his best when he peppered Shabransky with repeated jabs to the head. Anytime he stopped jabbing, Shabranskyy initiated exchanges, again landing overhand right hands to the head. 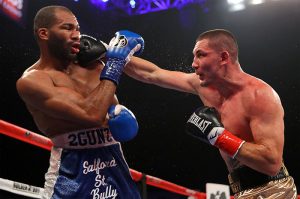 As the bout progressed into the second half of the fight, Shabranskyy continued beating Unthank-May to the punch. Shabranskyy let his hands go more in round seven, connecting more to the head of Unthank-May.

After the end of the seventh round, the corner of Unthank-May told referee Eddie Hernandez that their fighter was in condition to continue.