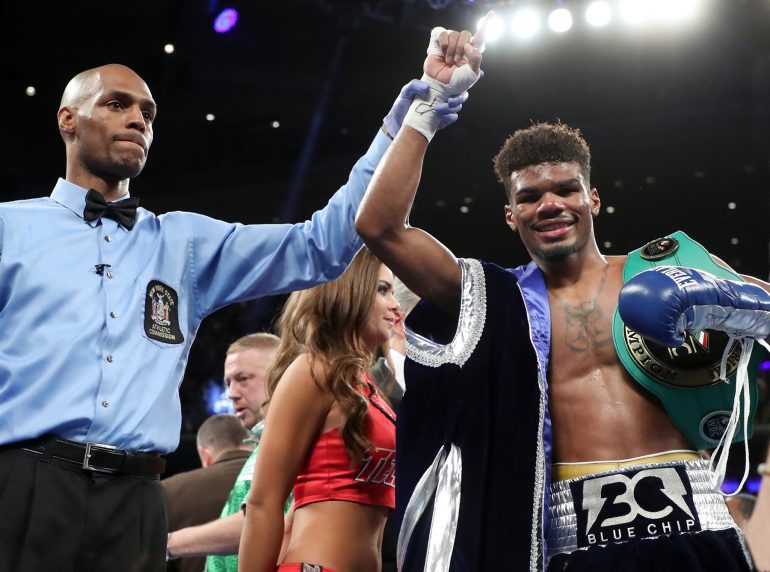 The fighter known as “Blue Chip,” will continue his ascent up the lightweight ranks with a 10-round fight on the televised pay-per-view undercard of Canelo Alvarez-Gennady Golovkin on September 16 in Las Vegas, the fighter’s manager, Tim Van Newhouse, told RingTV.com.

There’s no opponent set at this time for Martin, who is promoted by K2 Promotions, the same company that handles GGG.

“[K2 Promotions Managing Director] Tom [Loeffler] and I want Ryan to fight a top-10 opponent for this platform,” Van Newhouse said. “This is all part of our plan for his development to vie for a world title in 2018.”

Martin (19-0, 11 knockouts) also appeared on the undercard of GGG’s close decision win over Daniel Jacobs in March, an eighth-round stoppage of Bryant Cruz.

The 24-year-old returned in June with a decision victory over Marcos Jimenez, which was Martin’s first time seeing the 10th round.

Former titleholder Roman Martinez was considered for the assignment, but he’s likely set to face 130-pound beltholder Gervonta Davis instead on the Mayweather-McGregor undercard.