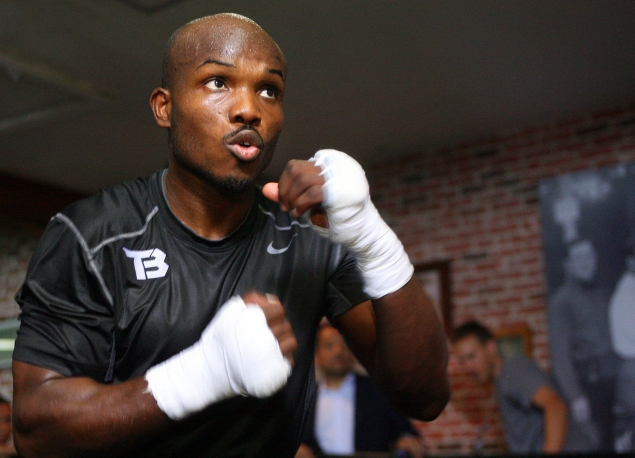 Timothy Bradley, one of the most recognizable names on the American boxing landscape, is stepping away from the sport.

Bradley, a former two-division champion, has decided to retire and will officially announce the move in the near future, sources told RingTV.com. Phone calls and text messages seeking confirmation from Bradley, Monica Bradley (the fighter’s wife and manager) and Top Rank Vice President Carl Moretti were not immediately returned.

Bradley, who will turn 34 next month, experienced neurological issues following his 2013 war with Ruslan Provodnikov, which was voted the fight of the year by THE RING and the Boxing Writer’s Association of America.

“A few weeks after the fight, I was still affected by the damage that was done,” Bradley said at the time. “My speech was a little bit off. I was slurring a little bit. But after about two months, I cleared up and I have my wits about me now.”

The Palm Springs, California-based fighter fought six more times after the victory over Provodnikov, including a victory over Juan Manuel Marquez, perhaps his finest career performance. Bradley (33-2-1, 13 knockouts) also defeated Manny Pacquiao by a controversial decision but lost to the Filipino in two subsequent fights.

The third bout in that trilogy, on April 9 of last year, was Bradley’s last.

Top Rank had been planning a fight between Bradley and 2012 Olympian Jose Ramirez for this fall on ESPN before Bradley decided to call it quits.

Bradley was in the main event in four major pay-per-view shows that generated around 2.5 million buys in total.

He served as an analyst on ESPN’s coverage of Pacquiao’s loss to Jeff Horn, and also on Top Rank’s pay-per-view broadcast of Pacquiao-Vargas in November. He’ll play the same role for the Vasyl Lomachenko-Miguel Marriaga ESPN broadcast on August 6.

Bradley earned several seven-figure paydays and is financially stable. He won titles at 140 pounds and 147, and is considered among the sport’s true good guys.