Anthony Joshua-Wladimir Klitschko II probably will be on PPV 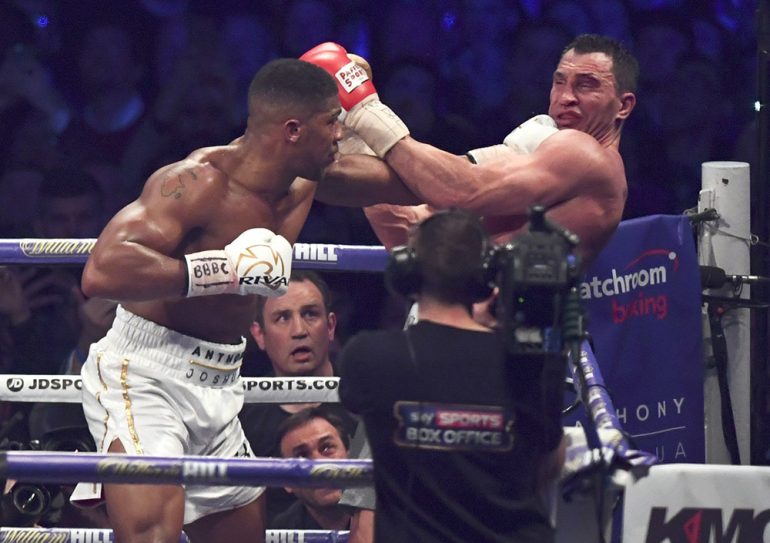 Anthony Joshua vs. Wladimir Klitschko delivered in so many ways.
27
Jul
by Mike Coppinger

American fans probably will have to shell out some money if they want to watch the rematch between Anthony Joshua and Wladimir Klitschko.

The first meeting was televised live by Showtime in the afternoon because it took place in the evening in London, with a prime-time delay shown on HBO. That arrangement was necessary because of Showtime’s deal with Joshua and HBO’s partnership with Klitschko. The contract called for the reverse to occur for the rematch: live on HBO, tape delay on Showtime.

With the second bout now penciled in for November 11 at T-Mobile Arena in Las Vegas, however, matters become  complicated.

Industry sources told RingTV.com that the rematch probably will be televised on pay-per-view in the United States, which would require more negotiations between the rival networks.

A joint pay-per-view broadcast is one possible solution. The companies have joined forces twice before, for mega fights between Mike Tyson and Lennox Lewis in 2002 and then Floyd Mayweather-Manny Pacquiao in 2015. Both fights generated huge business, with the latter shattering the record for pay-per-view buys. It wasn’t a major roadblock for the networks to work together.

Klitschko must officially exercise his rematch clause for plans to be be finalized. He’s expected to do that soon.