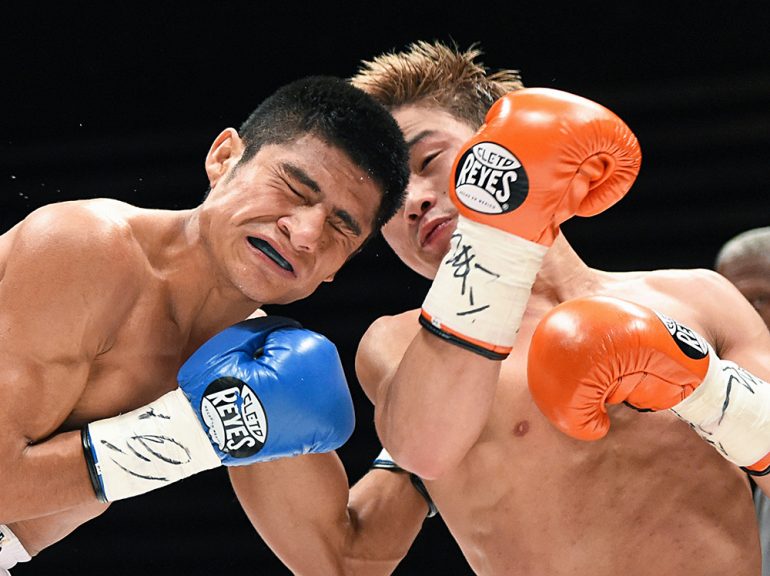 Two judges scored the fight 116-111 while a third had it 115-112, all for Kyoguchi (8-0, 6 knockouts), who becomes the 10th current world titleholder from Japan. And in the co-feature, Taguchi finished off Barrera 24 seconds into the ninth round to retain his title for the sixth time.

Despite having turned pro just 17 months ago, Kyoguchi gave off an air of confidence in his first world-title fight, applying pressure behind a high guard while looking for counter shots with his left uppercut. Argumedo (20-4-1, 12 KOs), five years older at 28, swung wildly to attempt counters at his taller opponent, often winding up and switching stances in the process. Kyoguchi’s best work was done downstairs to the body with his left hook. 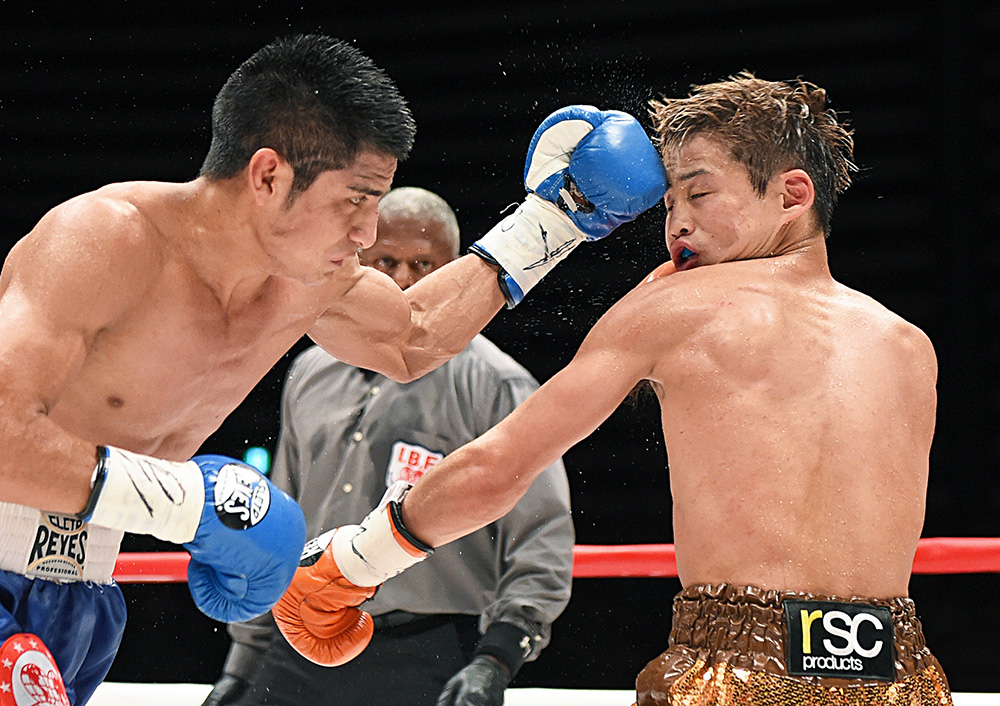 Argumendo, of Tepic, Mexico, got the better of the action in the fourth, landing a few rights between Kyoguchi’s gloves, and was intent on making the fight a brawl in the fifth but opened himself up Kyoguchi’s uppercuts and left hooks in the process. Kyoguchi showed he wasn’t above using roughhouse tactics, forcing Argumedo to the canvas in the sixth by pushing his face down with the heel of his glove, and straying behind the head with rabbit punches.

What had been a close fight was burst open in the ninth round when Kyoguchi leapt forward with a left hook that sent Argumedo nearly through the ropes. A follow-up left and a right put Argumedo down for a three-count. Argumedo appeared finished as he fell forward throwing punches and was stunned badly by a right hand at the bell, but made it through the round.

Argumedo, who was making his fourth defense of the title he won against Katsunari Takayama on New Year’s Eve in 2015, had no plans on checking out early as he kept swinging even as Kyoguchi landed heavy leather upstairs with his longer, straighter punches. Sensing the time running out of his title reign, Argumedo went for broke in the 12th, getting his chances to land on a challenger who was not overly concerned with defense. Kyoguchi went down three times in the round, but each was a slip or throwdown. The two traded blows to the final bell to cap off what was a pretty entertaining title fight. 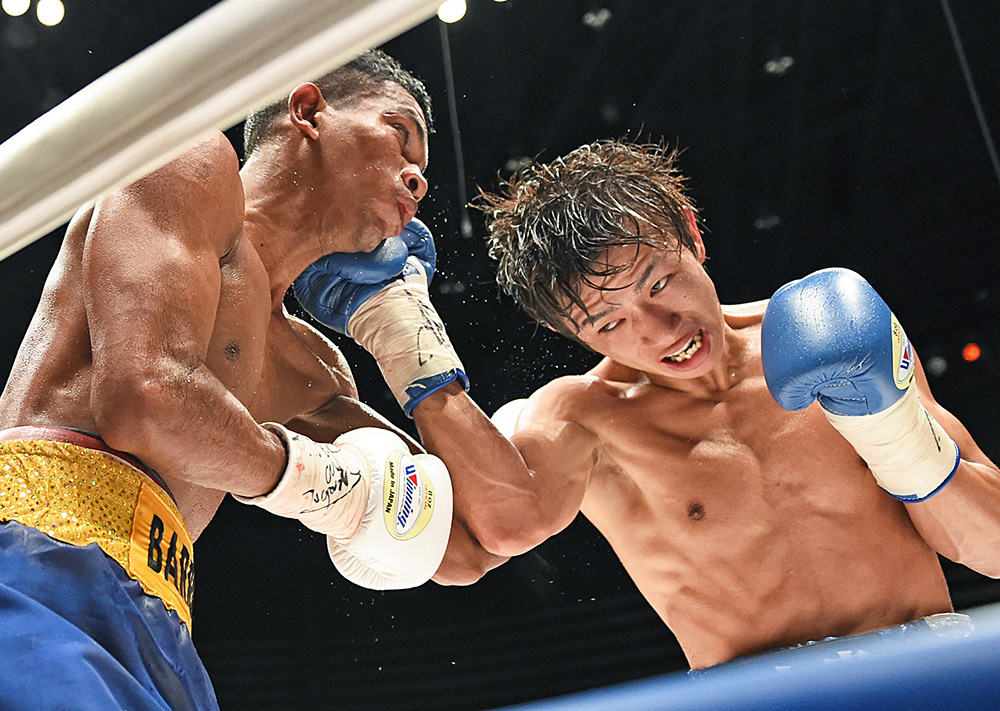 In the Taguchi-Barrera fight, the writing was on the wall in the eighth round when Barrera was hurt seriously by a left hook to the body. Barrera (18-2, 12 KOs) of Cordoba, Colombia, switched to southpaw to guard from further body shots but was an open target along the ropes for Taguchi (26-2-2, 12 KOs), who fought through a bloodied nose to pound his foe. Referee Russell Mora waved off the fight early into the following round as Taguchi teed off with uppercuts and right hands against a defenseless Barrera.

Two-time WBA junior bantamweight titleholder Kohei Kono (33-10-1, 14 KOs) beat up on a Thai debutant who used the name Rambo Korat Sports School, stopping him at 1:35 of the fifth round to snap a two-fight losing streak. Kono now heads towards a reported October 7 showdown with unbeaten contender Rex Tso in Hong Kong.