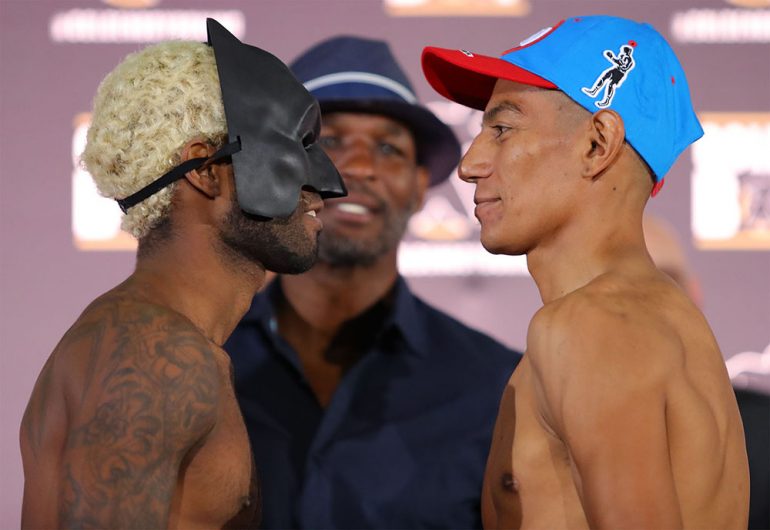 INGLEWOOD, Calif. — Jezreel Corrales survived two knockdowns in the fourth round to defeat Robinson Castellanos by majority technical decision in a cut-shortened fight on the Miguel Berchelt-Takashi Miura card Saturday at The Forum.

Corrales (22-1, 8 knockouts) was making the second defense of his WBA junior lightweight title.

The slick, but light-punching southpaw was busy and effective most of the fight but he was in with a determined opponent. Castellanos, fresh off his upset victory over Yuriorkis Gamboa, fought aggressively and had his moments. The most dramatic came in the fourth, when he put the titleholder down twice.

Corrales, who wasn’t hurt, bounced back the following round to swing the fight back in his favor but it remained competitive. He scored his own knockdown in Round 7, although Castellanos got up smiling.

The fight came to a sudden end when Castellanos suffered a deep gash below his right eye — the result of an accidental head butt — and couldn’t continue. That sent the fight to the scorecards, including Round 10. Two judges scored it for Corrales, 94-93 and 96-92; the third had it a 94-94 draw.

Castellanos also suffered a cut on his forehead because of a head butt in the second round.