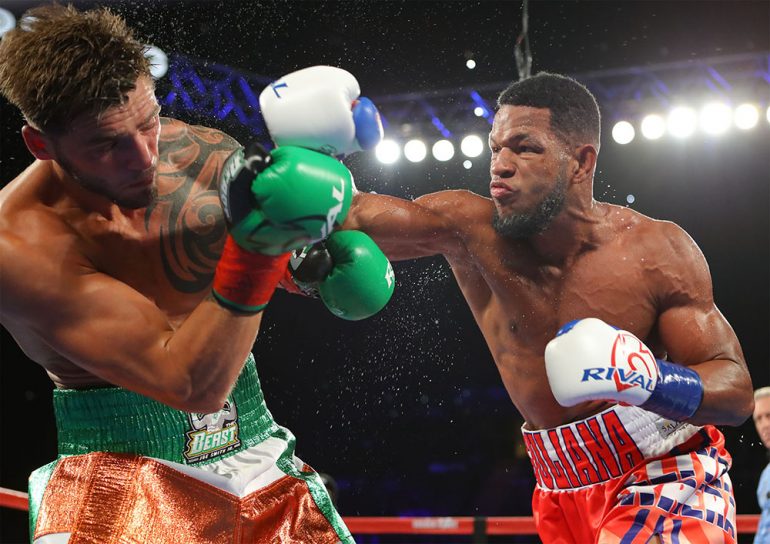 Joe Smith Jr., who made such a splash by stopping Andrzej Fonfara and Bernard Hopkins last year, put Sullivan Barrera down in the opening round but otherwise was outboxed and outworked in a 10-round light heavyweight bout on the Miguel Berchelt-Takashi Miura card Saturday night at The Forum.

“I feel very happy about this win. Joe Smith, Jr. is a great champion, and I respect him very much,” said Barrera, THE RING’s No. 8 light heavyweight. “This title wouldn’t have been possible with my amazing team, and my father here tonight was also amazing. When Smith, Jr. knocked me down in the second round, I got back up cause that’s who I am. In my fight with Shabranskyy the same thing happened. I shoot back up to get the victory.” 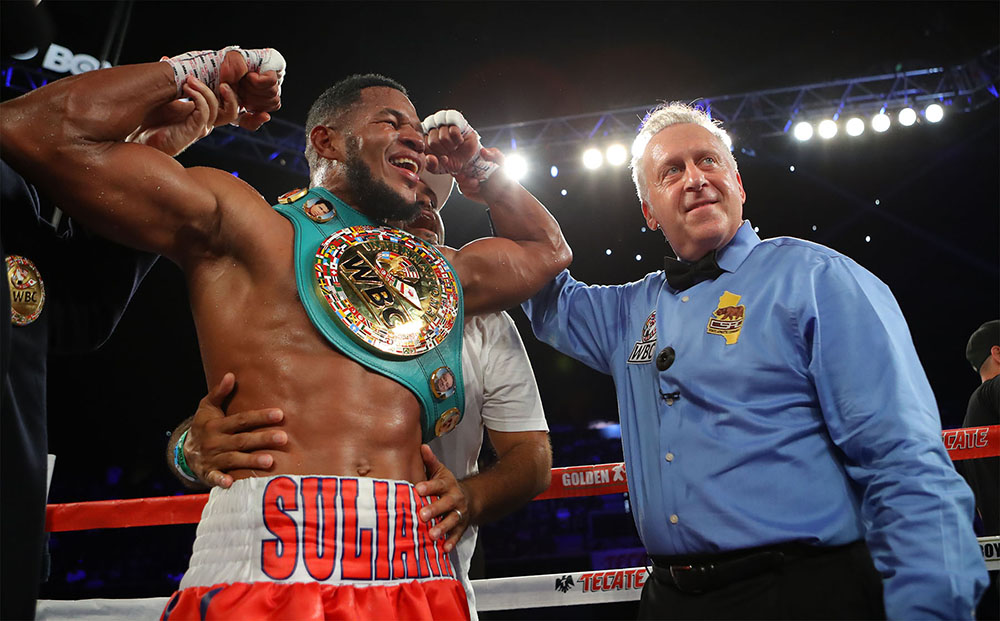 The 35-year-old Cuban defector demonstrated from the opening seconds that he was the superior boxer, as he landed consistently and avoided the big punches of Smith. The Long Islander did send Barrera to the canvas late in the opening round with a left hand but struggled to find the target from then on.

Barrera never hurt Smith but it didn’t matter. He controlled the fight and clearly landed many more punches than Smith, THE RING’s No. 5 175-pounder entering the contest.

Barrera has now won three consecutive fights since he lost a unanimous decision to Andre Ward in March 2016. He figures as a possible opponent for promotional stablemate Sergey Kovalev in the Russian’s proposed November return.