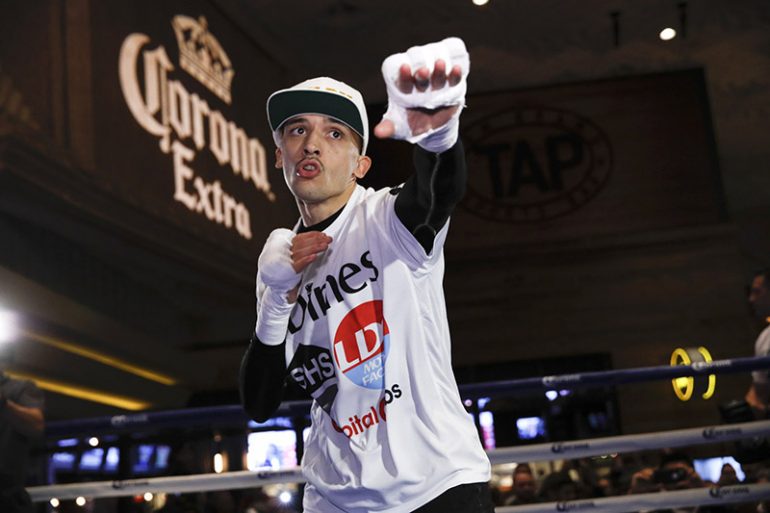 Lee Selby capped off an emotional week with yet another successful title defense.

The Welshman’s mother, Frankie, died Tuesday, but Selby pushed ahead with the fight anyway.

After all, this mandatory IBF featherweight title fight was more than a year in the making.

Selby and Jonathan Barros were originally scheduled to fight in January on the undercard of the rematch between Leo Santa Cruz and Carl Frampton, but it was scrapped when Barros failed his pre-fight medical.

Carl Frampton was ringside, setting up a possible meeting against Selby.

“Frampton probably fancies (a fight) after that,” Selby (25-1, 9 knockouts) said. “It’s a fight I would absolutely love.”

With Santa Cruz set to rematch Abner Mares in October, a Frampton-Selby bout makes perfect sense and would be a big draw in the U.K.

It would also give Frampton the opportunity to regain a 126-pound title. The Belfast native will stay busy July 29 against Andres Gutierrez.

The speed and counterpunching ability was too much for the 33-year-old, hard-charging veteran, and he couldn’t find much success.

Selby suffered a gash over his right eye in Round 5 following a clash of heads, but other than that, it was smooth sailing.

“If I thought about what happened at home, they would have strapped me up in a straight-jacket,” Selby said. “I never thought of pulling out. I’m a fighter, it never crossed my mind.”

Selby, if he gets his wish, now could be in line for a far bigger fight.