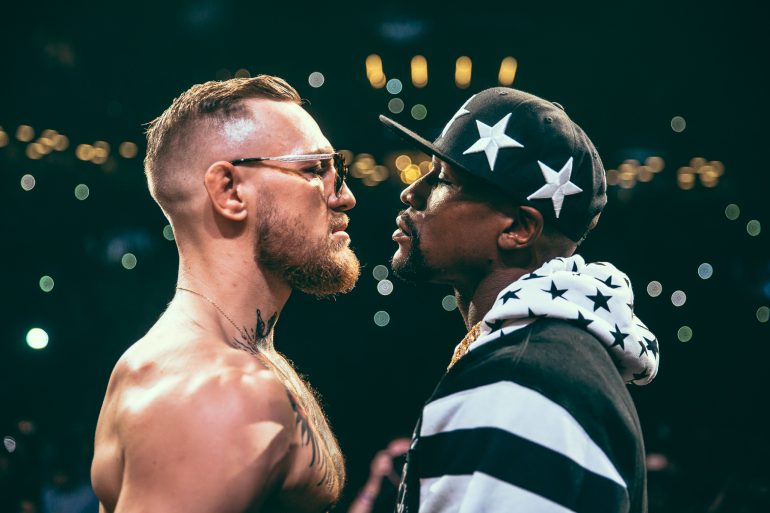 NEW YORK – Old-school emcee Doug E. Fresh rapped on a red-carpeted stage to a crowd of over 13,000 crazed fans.

No, Fresh didn’t all of a sudden enjoy a career resurgence that would impress even Robert Downey Jr. He was there to kill time for Floyd Mayweather Jr. and Conor McGregor, who still weren’t present at Barclays Center even three hours after their scheduled arrival.

When the fighters finally showed up, they did nothing to change the 80s feel. All the progress society has made in terms of discrimination? Dissolved to ashes during this WWE-style circus.

Both Mayweather and McGregor stooped to new lows during their Thursday stop in Brooklyn, the third city of a whirlwind press tour that has generated massive fan interest.

Truly, nothing was off limits for either side in an attempt to up the ante and embarrass the other man in performances that would make Jerry Springer blush.

McGregor kicked off the crass behavior with a strange attempt to prove he wasn’t racist by being, well, racist.

You see, the Irishman has been derided for his racially charged instruction for Floyd to “dance for me, boy,” on Tuesday in Los Angeles.

“A lot of you in the media seem to be saying I’m against black people,” McGregor offered up, clad in floral pants with a mink coat and no shirt underneath. “That’s absolutely ridiculous. Do they not know I’m half black? Yeahhhh – I’m black from the belly button down!

“And here’s a present for my beautiful, black female fans,” the 28-year-old shouted as he gyrated for the crowd.

But Mayweather wasn’t much better in the class department.

The 40-year-old fighter, one of boxing’s all-time greats, proudly markets his recently opened Las Vegas strip joint, The Girl Collection, at every opportunity. 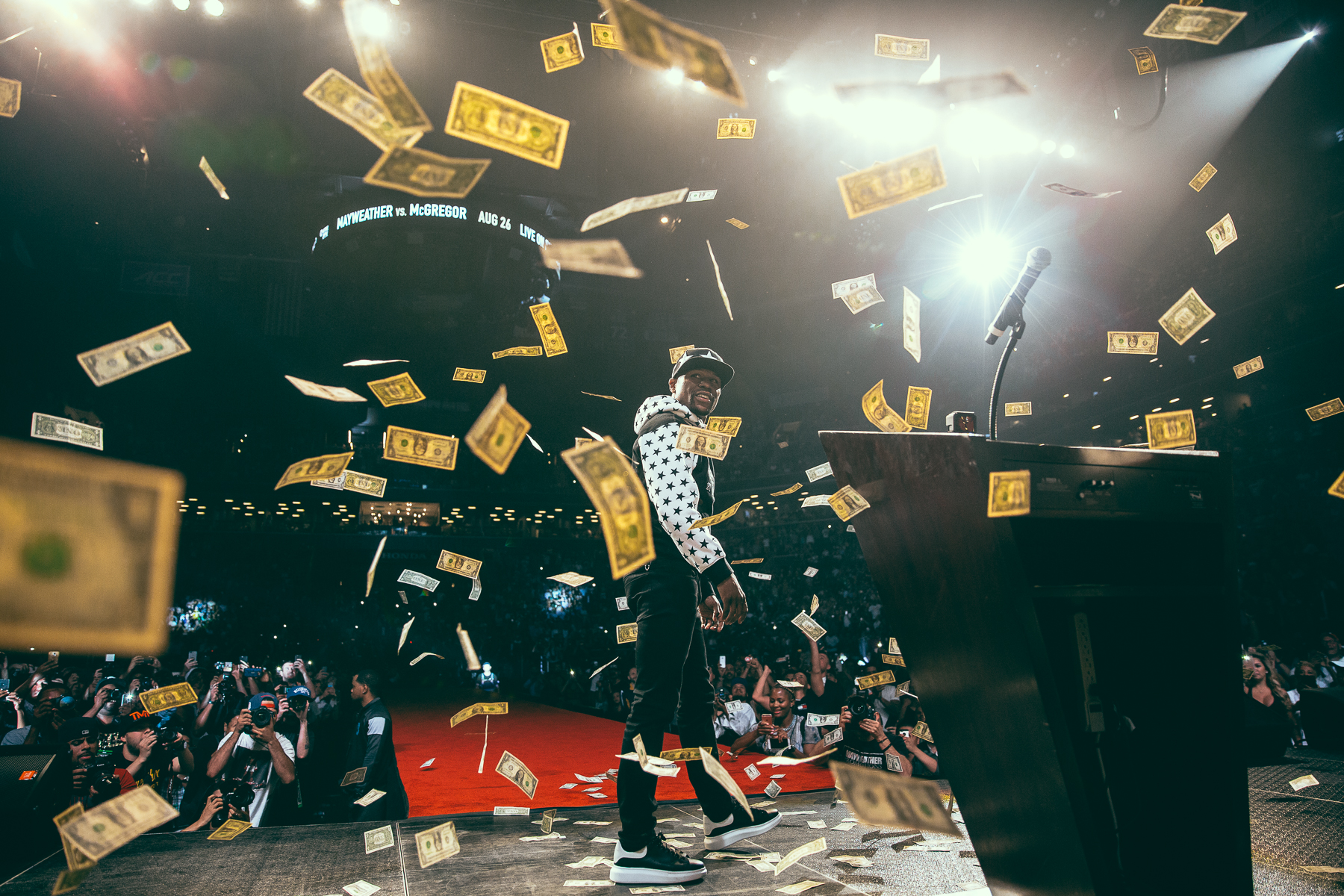 Mayweather joked, “I smell a bitch!” and later strutted over to McGregor, whom he then referred to as a stripper, before he made it rain on the UFC star with a shower of dollar bills. Mayweather fought racism with misogyny.

Fatigue is obviously setting in.

The sides dug deep into their bag for comedic material, but came up empty, with only shock-value tricks to offer.

At one point, it appeared they might finally come to blows after hours spent this week shouting bombastic, WWE-style barbs. Mayweather’ motioned for his giant security detail to approach McGregor, who was surrounded completely, only to emerge moments later under a sea of screaming and yelling.

Later, McGregor cautioned that if something similar occurred again, there would be a fight, and he promised to “sleep” Mayweather with a chokehold in under three seconds.

It won’t come to that, though.

Mercifully, the press tour concludes Friday with a stop in London.

The heavy lifting will be done, with millions of sports fans dying to shell out $100 to watch Mayweather likely toy with a man making his pro boxing debut.

Floyd and Conor will go back to their lives wildly richer than they were just months earlier.

But the crass actions they performed in the build up to the bout? That won’t be so soon forgotten.