CompuBox counts punches from TV – not ringside – for many fights 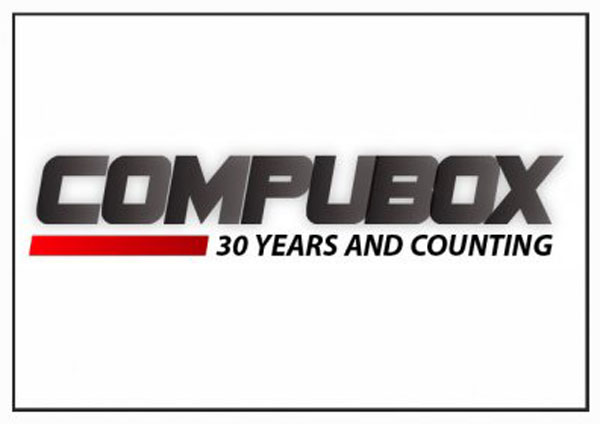 The idea behind CompuBox is simple: Two operators sit ringside, with each assigned to a particular fighter. He or she focuses solely on the actions of his or her fighter, charting three categories of punches thrown and landed: jabs, power and overall.

At least that’s what many of us thought. Turns out things aren’t always as they appear.

CompuBox didn’t have operators at ringside for the Manny Pacquiao-Jeff Horn fight over the weekend in Australia, which was televised on ESPN. The operators counted punches off TV from the CompuBox offices in Manorville, New York, according to the owner of the company, Bob Canobbio.

In fact, he said that the numbers are tabulated from TV in roughly 50 percent of the cards CompuBox works.

To our knowledge, that has never been publicly acknowledged – by Canobbio or the networks that hire his company – until Canobbio and then an HBO executive did so for this story.

Operators weren’t sent to Australia because of the cost, Canobbio said. “It was a budget decision by ESPN.” That’s the reason CompuBox began counting punches from TV about three years ago, according to Canobbio: money.

“So I developed a new system and tested it,” said Canobbio, who spoke openly and at length about the change. “Then when it came time for negotiations (with the networks), I let them know I could do it remotely. That’s it.”

One might assume that punches can be counted properly only near the ring, where operators aren’t reliant on a camera, can hear punches land and generally get the clearest possible view of the action.

Canobbio believes that’s not the case, according to repeated testing. He had his operators score the same fights both live and then from a recording. He was satisfied with the results. Plus, he started using new software by which he could send the punch statistics directly to the networks’ graphics generator from any remote location.

Thus, the decision was made to do some fights from TV.

“We tested it before we went to remote,” he said. “We counted [punches at live] fights, not knowing the results. Then we recounted the fights off tape. There was no noticeable difference in accuracy whatsoever.

“… I wasn’t going to sacrifice the integrity of CompuBox if it wasn’t thoroughly tested. I firmly believe that the numbers are as accurate off television as they are live.”

And if the tests hadn’t gone well?

Why didn’t you pay for the travel?

“It’s still a business,” he said. “I’m in business to make money. That would’ve been another option. If I felt [the new system wasn’t] as accurate, that would’ve been one of my considerations, to find a way to get guys to every fight. I would’ve had to take the hit.

“Like I said, though, I didn’t feel it was necessary because we checked and rechecked the numbers.”

Canobbio also was asked about the fact most viewers weren’t aware that operators sometimes work from TV. Is it reasonable to think they will be surprised to hear the news?

“I guess,” Canobbio said. “They probably would assume [that all of them are done on site] unless they knew otherwise. … They would think we were there live. Like I said, though, I would never have compromised the integrity of CompuBox.”

And should either you or the networks – or both – have been open about the change?

“It’s going to be public information now,” he said. “Like I said, if I thought there was an issue, if I thought it would compromise the integrity of the stats … I don’t feel that way. CompuBox was built on integrity and accuracy. I didn’t think it was something that needed to be brought to the public, I didn’t think it was necessary. That’s how I felt.

“I won’t say I didn’t give [going public] any thought. I just would’ve given it more thought if I thought it was necessary.”

RingTV.com wanted to pose the same questions to the biggest networks that television fights, ESPN, HBO and Showtime. Only HBO responded to messages.

Rick Bernstein, senior vice president-executive producer with HBO Sports, said there was never “a cover-up of any kind” and that HBO agreed to use statistics gleaned from TV only after seeing the results of Canobbio’s testing.

“I don’t think it crossed anybody’s mind that we might be misleading viewers in any way,” he said. “… We would never mislead viewers. We found before we made the move that there was no difference in counting whether it was off a monitor or at ringside. We certainly wouldn’t have made the change if it had an impact on the [statistics].

“… I’m not even sure who has the best vantage point, a person sitting three, four rows back or what a camera is getting. All I know is that we found [the numbers] were pretty much the same.”

Canobbio continued: “The [biggest] issues seem to be with the two Pacquiao fights (the first Tim Bradley fight and Horn). I think Pacquiao got screwed in both fights; most people feel that way. If I thought it was going to be an ongoing issue, with people constantly questioning the stats, I would’ve reconsidered my strategy.

“There’s no reason to reconsider the way we operate, though. I don’t feel there are inaccuracies in the stats. I’ve always said there is a 2 percent margin of error. I’ve never said we could count every punch. I never said we were scoring fights. It’s a barometer. Now it’s grown into more than that because of social media. That was never the original intent.”

Canobbio was right about the reaction to the Pacquiao-Horn statistics. A vocal minority hit CompuBox hard, including this blog post on RingTV.com by Tom Gray.

The critics saw that Horn was more active than Pacquiao, that he pushed the action throughout the brutal 12-round fight, yet the Filipino icon ended up with a 2-1 edge in overall punches landed, 182 to 92. To them, that didn’t add up.

Paulie Malignaggi, boxer turned broadcaster, has been among those critical of punch statistics. He tweeted after the fight:

“Last I checked punch stats weren’t a factual way of determining what landed n what didn’t. Your eyes are. I educate u not other way around.”

Canobbio defended his company before RingTV.com learned that it had no operators in Brisbane.

“What happened here is … and it’s happened before … is a guy who wasn’t expected to do well, who figured to be blown out, turned out to give a pretty good performance, better than expected,” he said. “Horn was actually busier than Pacquiao. Look at the numbers. I’ll break it down for you: Horn threw more punches than Manny in nine of 12 rounds, with one round even. He came forward all night, he made Manny uncomfortable. But he wasn’t landing.

“It was perception. Horn was doing better than expected, he was coming forward. Factor in the hometown crowd and there you have it.”

He said more than once that he’s tired of defending CompuBox after more than three decades of intermittent criticism. More could be on the way after this story is posted, though.

“Haters are going to hate,” he said. “Whoever disagrees with or isn’t a fan of CompuBox … this will give them more fuel to jump all over CompuBox. Like I said, I guess it comes with the territory.”