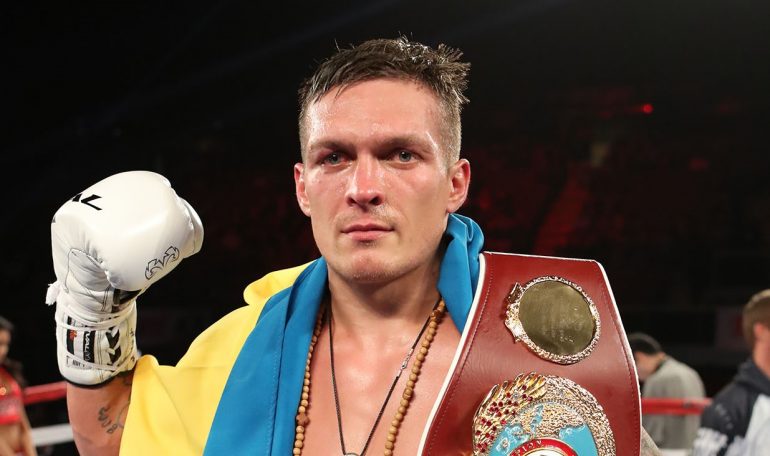 Usyk, who is rated No. 1 by THE RING at 200 pounds, joins Mairis Briedis (WBC titleholder), Murat Gassiev (IBF), Yunier Dorticos, Marco Huck and Krzysztof Wlodarczyk, with two more spots to be filled.

On July 8, all participants will come face-to-face at the Draft Gala in Monaco where they will hand-pick their quarter-final opponents.

Usyk is thrilled to be fighting for the Muhammad Ali trophy. “I feel happy and inspired with the idea of such a tournament,” he said. “I’ve been dreaming of putting together all the champs to see who is the strongest and becomes the undisputed king of the division.”

The inclusion of Usyk into this tournament will be welcome news for fight fans. The fearsome Ukrainian has stopped 10 of 12 opponents and is widely considered to be the standout fighter in a stacked division.

In the World Boxing Super Series, 16 elite fighters – eight super-middleweights and eight cruiserweights – will battle it out in a bracket-style elimination tournament. In both divisions, there will be four quarter-finals (September / October 2017), two semi-finals (early 2018) and one final (May 2018), making for a total of 14 high-class fights.