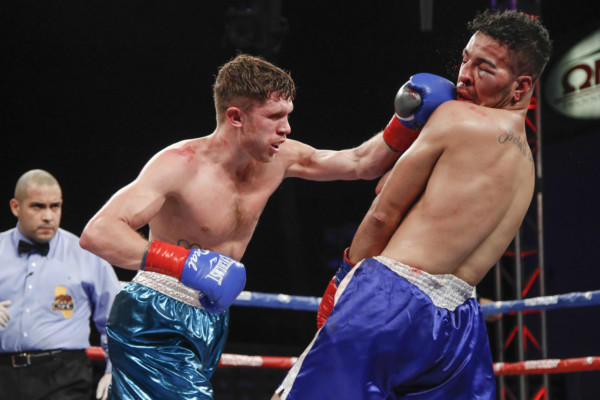 The 10-round bout will take place at the Omega Products International in Sacramento, California.

The 31-year-old Shelestyuk (15-0, 9 knockouts), who is originally from Ukraine and now resides in the Los Angeles area, has steadily progressed since making his pro debut in March of 2013.

In his most recent bout on November 4, the 2012 Olympic bronze medalist won a hard-fought, 10-round unanimous decision over Jaime Herrera. Shelestyuk’s most notable wins thus far have come against contender Aslanbek Kozaev and Juan Rodriguez Jr.

Shelestyuk, who is co-promoted by Banner Promotions and Thompson Boxing Promotions, is ranked No. 5 by the WBO. He is managed by Vadim Kornilov.

Alvarez (15-2, 11 KOs), from Los Mochis, Sinaloa, Mexico, has lost his last two bouts. Alvarez was stopped by Ruslan Provodnikov in November of 2015 and was knocked out by Sammy Valentin on March 17.

The Thompson Boxing card will be streamed in its entirety on ThompsonBoxing.com and on its Facebook page, beginning at 10:45 p.m. ET/ 7:45 p.m. PT. Beto Duran and Steve Kim will call the action from ringside.