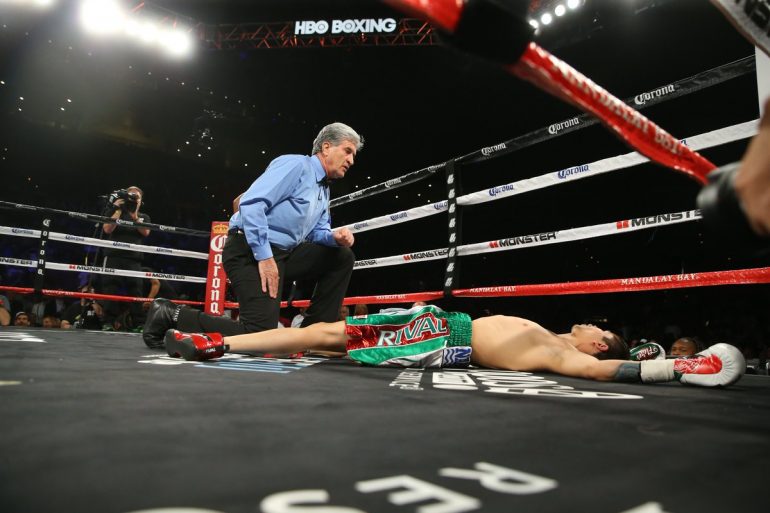 What was merely a procedural formality was made official Monday: the result is now a no decision.

That’s because Rigondeaux’s overhand left connected after the bell to conclude Round 1. When referee Vic Drakulich and Nevada State Athletic Commission Executive Director Bob Bennett consulted immediately in the ring, they didn’t have the aid of audio.

When they watched the replay with access to sound the next day, they determined “there’s no doubt that the the punch was thrown after the bell rang,” Bennett told RingTV.com at the time.

So NSAC officials unanimously voted to overturn the result to a no decision. A disqualification wasn’t rendered because the foul wasn’t deemed intentional.