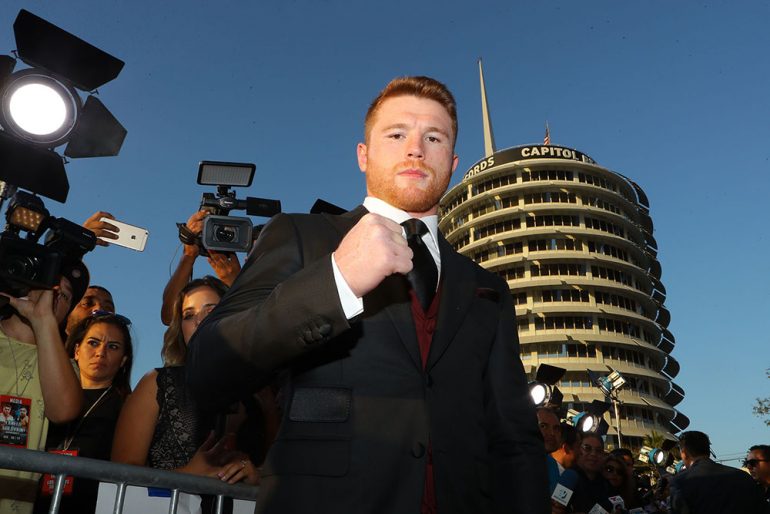 NEW YORK — What Canelo Alvarez saw from Gennady Golovkin in March didn’t impress the Mexican much.

He didn’t even believe Golovkin won at all.

“I saw nothing really new from Golovkin,” Alvarez said during a media roundtable Tuesday through translator Eric Gomez, President of Golden Boy Promotions. “He’s pretty much one-dimensional. He’s a fighter that’s very aggressive, that comes forward. But I did see that when you have a fighter that is a little bit intelligent, and moves and boxes, he’s gonna give Golovkin trouble.”

Of course, Canelo and Jacobs have vastly different styles. Both men are tremendous combination punchers, but Canelo’s attack is similar to Golovkin’s — Mexican style — while Jacobs throws punches from lots of different angles while utilizing lateral movement.

“I think Jacobs gave him too much respect the first few rounds,” Canelo said, “and if he would have started a little sooner and not respected him so much, he would have won a clear decision. Even though that happened I still thought that Jacobs won by one or two points.”

Canelo wasn’t impressed by GGG’s performance, but the champ isn’t delusional about his own last fight. Though he looked great in a shutout win over Julio Cesar Chavez Jr. in May, Canelo admitted he learned “very little” in that bout that will help him against Golovkin.