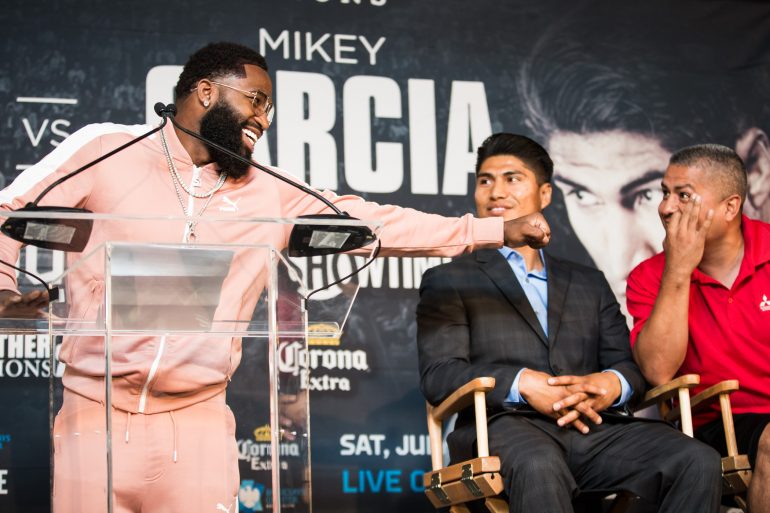 That’s because Broner said there’s a $500,000 penalty in the contract if he comes in overweight for his highly anticipated 140-pound clash against Garcia, scheduled for July 29 in Brooklyn on Showtime.

The 27-year-old is referring to his catchweight bout against Shawn Porter in June 2015, when Broner was dominated, save for a 12th-round knockdown. Last February he was set to face Adrian Granados in a 140-pound fight, but the weight was moved seven pounds north a month out at the request of Broner’s camp. Broner won by split decision.

“The Problem” last weighed in under the junior welterweight limit for a vacant title fight against Khabib Allakhverdiev in November 2015. Broner then lost that belt at the scale for his win over Ashley Theophane in April 2016.

“Now I got a reason to make 140, you know? Because we ain’t about to pay the man to put these hands on,” Broner said. “They talking about giving up half-a-million if I don’t make weight. Y’all ain’t think I’m gonna make weight? I ain’t got a dollar to give to nobody right now.