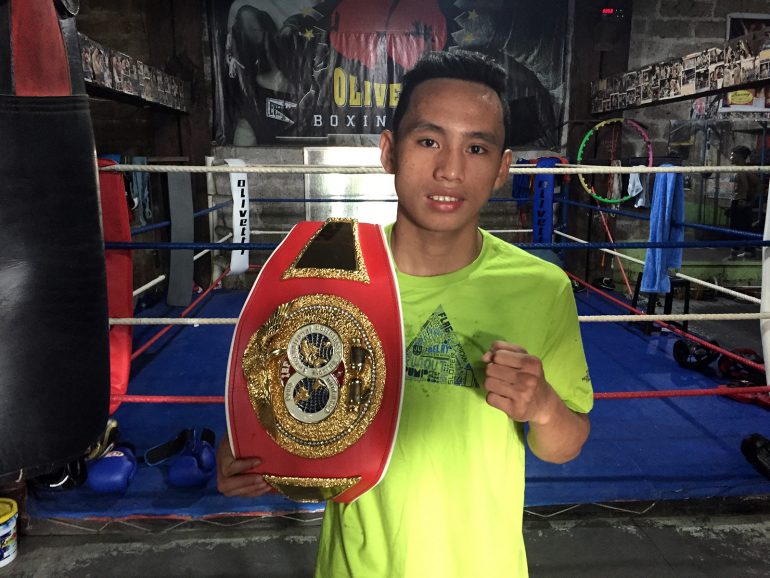 For most, boxing is something that happens in Las Vegas, in front of the television cameras and thousands of fans holding betting stubs from the casino sportsbook.

What few see is where it starts, in rundown gyms often devoid of plumbing and ventilation, overlooked by the residents who drive by without a thought to the sacrifices of the anonymous men inside. Why do they do it? Part of the answer involves the money they earn to help their families, even if most purses for beginners are mere pittances. But to see teenagers exchange blows in sparring, wearing smiles when most would wear grimaces, is to see that the appeal is far more intrinsic. 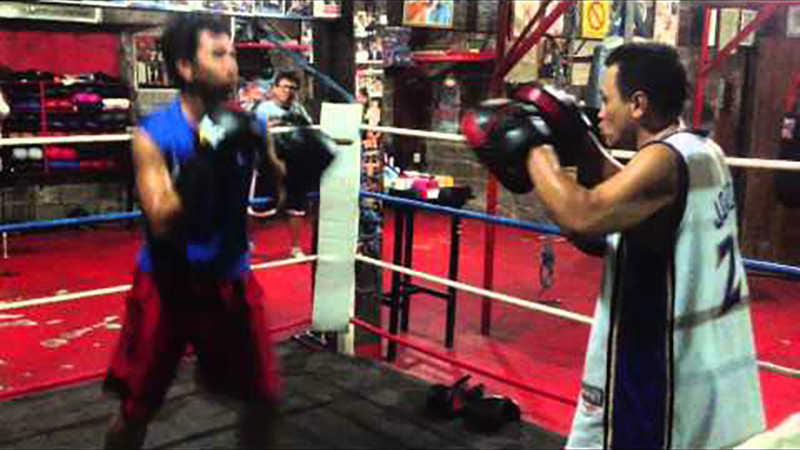 That’s the scene at Olivetti Boxing Gym in Biñan City, Philippines. The gym is run by Dino Olivetti, a pro himself during the 1990s into the early 2000s with a 26-12 (12 knockouts) record, and he’s one of a handful of fledgling promoters who’ve refused to relent to the lack of television (and consequentially sponsor) support, and the sad reality that boxing tickets don’t sell in the country outside of Cebu City.

What drives Olivetti to stick around boxing is the search for a world champion. The Olivetti family has a long history in boxing. His father Oscar Reyes was an OPBF junior lightweight champ in the ’60s and lasted the 10-round distance with Japanese legend Fighting Harada. All five of Oscar’s sons later became pros, with the most prolific being Dino’s older brother Tiger Ari (born Eder Olivetti, after bantamweight/featherweight champ Eder Jofre), who had a pro record of 61-7-3 (28 KOs) between 1984 and 2003.

“I wanted to be a world champion but I couldn’t be,” said Dino Olivetti, who fought champions Mbulelo Botile and In-Jin Chi. “But this is continuing my dream.”

Olivetti will promote his ninth boxing show this Friday at the Calamba Sports Center, a free show made possible by funding from Calamba City government, which is hosting the fights as part of its week-long Buhayani Festival. The seven fight card, his second this year, has been hit by a number of pull-outs, including the fights of local favorites Al Rivera and Ernesto Saulong being moved to another card the following day, and the boxing return of former IBF flyweight champ Amnat Ruenroeng being nixed on Wednesday due to injury.

The card will headlined by Robert Onggocan (8-1, 4 KOs) against Marjun Pantilgan (14-4, 11 KOs) in a ten-round flyweight bout. Onggocan, 21, has been someone for the gym to get excited about since last January when he stepped up in class and weight to face Iwan Zoda in Indonesia and scored a body shot knockout in the seventh to win the IBF youth title.

“Only my heart, my pride and my training,” said Onggocan of how he scored the upset.

It was a long way from where Onggocan was when he was 17, when his father kicked him out of the house in Dapitan City, Zamboanga del Norte shortly after he finished high school, telling him it was time he made his own way in the world.

“My dad told me ‘go, don’t come home,’” says Onggocan, a southpaw whose hand speed lives up to his “El Rapido” name.

Onggocan stayed with a cousin for a week, but when he ate his host out of home, the cousin also sent him on his way. Onggocan had an epiphany while watching Manny Pacquiao’s fight against Miguel Cotto on YouTube, and decided this is what he’d do with his life.

Onggocan took a bus to nearby Dipolog City and slept on the street. In the morning he went to a boxing gym and told the trainer he wanted to be a fighter. After a three-round sparring tryout, he was accepted into the stable. He wasn’t paid for his amateur fights but was given food, vitamins and a place to sleep, which were as hard a currency as any for the hungry teenager.

After six months and a dozen amateur fights, Onggocan traveled to the capital region and bounced around a few gyms before turning pro under Olivetti in 2015. Two years later, when he lifted his first minor belt, Onggocan informed his father of his newfound success.

With this purse, Onggocan is planning to give his dad a late Father’s Day gift, says Olivetti. He’ll travel back home to purchase a neighbor’s motorized tricycle for about $900 U.S. so his dad can earn a living transporting passengers. The token will be a symbol of achievement for Onggocan, one he hopes is just the beginning.

“I want more belts. I want to be a world champion,” said Onggocan.