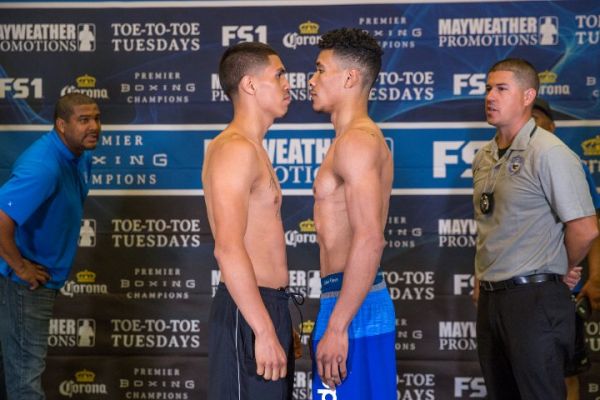 Ramirez (16-0, with 11 knockouts) has displayed more power and aggression in recent fights, stopping four of his last six opponents. Ramirez, who resides in the Chicago suburb of Aurora, stopped Ryan Karl after the ninth round of his last bout on Feb. 2 in a clash of unbeaten fighters.

In his previous fight on Sept. 13, the 25-year-old Ramirez survived a knockdown at the hands of Kevin Watts to win by knockout in Round 7. Ramirez also has a win over former world titleholder Cristobal Cruz.

Bone (16-4, with 8 KOs) has lost his last three bouts, but all of them have come against former world titleholders.

After being stopped by Shawn Porter in March of 2015, Bone would lose decisions to Chris Algieri and Miguel Vazquez. The Ecuador national has not fought since the Vazquez fight, which took place on May 28 of last year.

In the co-feature, Dennis Galarza hopes to continue to build on back-to-back wins as he squares off against Omar Tienda in a 10-round lightweight bout.

Galarza (15-2, with 9 KOs) has won eight consecutive bouts until he dropped a split decision to gatekeeper Cesar Valenzuela on Sept. 27.