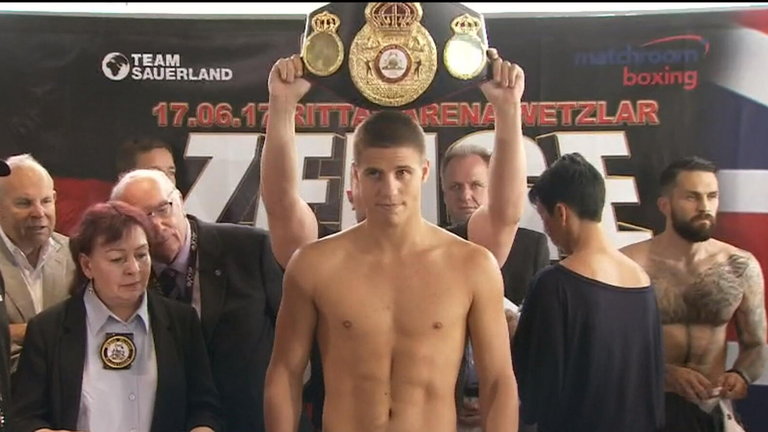 In a ho-hum affair, unbeaten super middleweight Tyron Zeuge scored a 12-round unanimous decision over Paul Smith at the Rittal Arena in Hessen, Germany on Saturday. All three judges scored the bout 119-108.

Zeuge, who is rated No. 8 by THE RING at 168 pounds, had things mostly his own way in front of a polite home support. Smith did stun the German briefly in the third but his success was short-lived and he was consistently picked off by the younger and fresher man.

The home fighter got more and more accurate as the bout progressed and Smith struggled to counter. A late knockdown by Zeuge in the 12th, which looked more like a push, only made the margin of victory wider.

Smith, from Liverpool, England, lost two decisions to then-WBO super middleweight titleholder Arthur Abraham in 2014 and 2015. The Englishman was then selected as a tune-up for the returning pound-for-pound star Andre Ward and was stopped in nine. He has been relatively inactive since that time.

Zeuge (21-0-1, 11 knockouts) looks far from sensational, although he was sharp tonight. The German technician, who was coming off a 12th-round stoppage of Giovanni De Carolis, is still relatively inexperienced. He will need time to develop before testing himself against the division’s best.