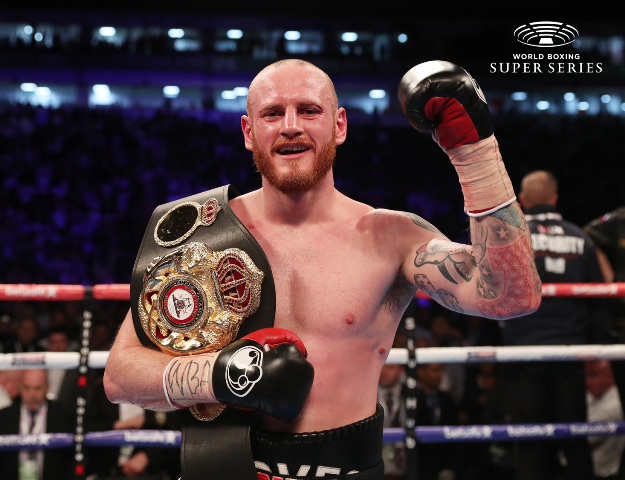 Groves, who is rated No. 3 by THE RING at 168 pounds, is coming off an impressive sixth-round stoppage victory over Russian Fedor Chudinov and is eager to defend his title in this unique tournament format.

“I see the World Boxing Super Series as a chance for me to show everyone that I’m the best in the division,” said Groves. “I believe I am the best super middleweight on the planet and certainly the man to beat at 168 (pounds).

“I am proud to bring my WBA super middleweight title to the tournament. I want to continue to test myself against the best and I am ready and willing to fight anyone. It will be exciting to see who else has the courage to enter such a brutal competition.

“The World Boxing Super Series is exactly what fighters and fans need – a simple and straightforward way to determine the best fighter in the division. I am really keen to be the first super middleweight to lift the Muhammad Ali trophy.”

Groves sustained a broken jaw in his bout with Chudinov and underwent surgery. The inaugural season of the World Boxing Super Series will commence in September.