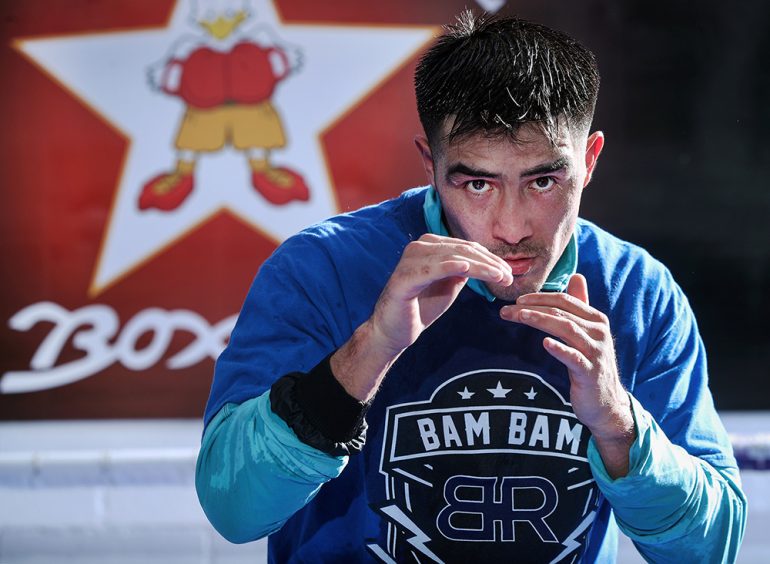 LANCASTER, Calif. – Even before ‘retiring’ after his knockout loss to Timothy Bradley in November 2015, Brandon Rios had the reputation for making exciting fights.

Rios picked up where he left off Sunday night, giving fight fans in attendance and watching on television the same thrill as he did against the likes of Mike Alvarado and Urbano Antillon.

Rios returned to the ring after a 19-month hiatus and got all he could handle from Aaron Herrera before ending matters with one punch in Round 7 at the Pioneer Events Center.

Sunday marked a new beginning for Rios. It was the first time the Oxnard, California, resident was working without trainer Robert Garcia and Top Rank, two constants that took him to a lightweight title in 2011. Rios is now trained by Ricky Funez.

After the Bradley fight, Rios and Garcia amicably parted ways, remaining close friends out of the ring.

Herrera, who hails from Merida, Mexico, entered the ring unbeaten in his previous three bouts.

Rios was his customary self from the opening bell, throwing and landing an abundance of punches on the smaller Herrera. Rios found a home for repeated counter right hands Herrera’s head, snapping it back often to the joy of the partisan crowd in attendance.

To his credit, Herrera fought back, finding success in the fourth and fifth rounds with rights hands of his own. Herrera initiated a few exchanges with left-right combinations that produced a smile from Rios. 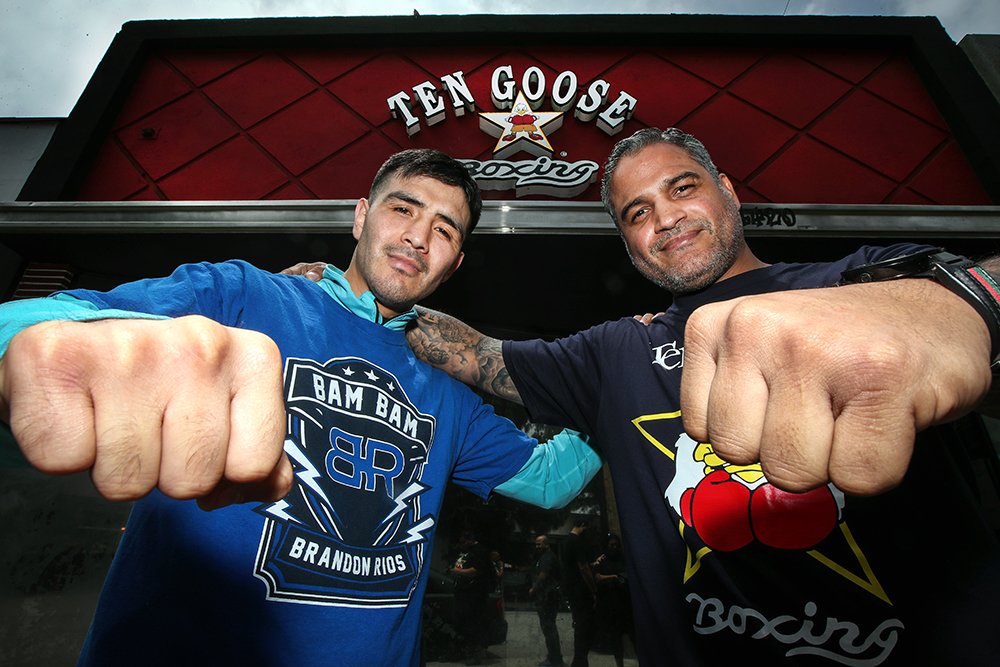 “He was tough,” Rios said of Herrera after the fight. “He caught me a few times in there.”

Rios continued to press forward. By the sixth round, Herrera slowed considerably as Rios dug to his body. The end came in Round 7 as Rios dropped Herrera with a right hand to the body. Herrera remained on the canvas as referee Jack Reiss counted him out at 2:11.

“I was actually nervous for this fight,” said Rios, who tuned 31 on April 29. “I was nervous like when I made my pro debut. Ricky didn’t change my style, but he added more head movement for me. We’ll get better from this. I’m open to fighting anybody.”

When asked about a possible fight against rival Victor Ortiz, Rios dismissed it.

“I’ve moved on. We were supposed to fight (tonight). He doesn’t want to fight me. I’m over him.”

In the co-feature, junior welterweight Mario Barrios remained unbeaten, scoring a one-punch knockout win over Jose Luis Rodriguez in Round 7.

The taller Barrios was the more effective fighter, but Rodriguez was able to score repeatedly on the inside by getting past Barrios’ guard and working the body.

Barrios ended matters by landing a left hook to the body of Rodriguez, who dropped to the canvas, writhing in pain. Referee Zac Young immediately stopped the bout at 37 seconds.

In a clash of junior welterweight prospects, hard-hitting Jose Miguel Borrego (13-0, 12 KOs) stopped Kevin Watts (11-2, 4 KOs) in the fourth round.

From the opening bell, Watts utilized his athleticism and speed to outbox Borrego, keeping him on the outside with repeated jabs and following up with left hooks to the head. But Borrego closed the distance in the fourth round and forced Watts to stand and trade in the center of the ring.

Midway through the round, a left hook dropped Watts to the canvas. Watts stood up and fought back, but was stunned by a barrage of punches against the ropes. Referee Jack Reiss stepped in and stopped the bout at 2:42.

Lightweight Roberto Marroquin scored an emphatic one-punch knockout win over veteran Jonathan Perez (37-19, 29 KOs). Marroquin, who challenged and lost to WBA junior featherweight titleholder Guillermo Rigondeaux in 2012, landed a left hook to the head, dropping Perez to the canvas. Perez stood up on wobbly legs, but referee Zac Young stopped the bout at 2:23 of the fourth round. Marroquin (26-4-1, 19 KOs) is now being trained by Robert Garcia.

Welterweight Eridanni Leon won a six-round unanimous decision over Isaac Freeman (3-5-1, 3 KOs). All three judges scored the bout 59-55 in favor of Leon, who improves to 5-2 (1 KO).

Welterweight Daniel Fabela dropped Phillip Percy twice in Round 3 en route to a four-round unanimous decision victory. Scores were 40-34, 40-34, and 39-35 in favor of Favela, who improves to 2-3.