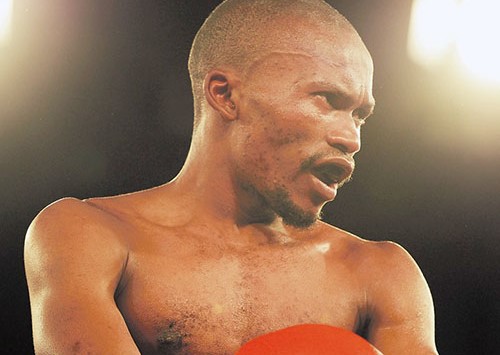 Promoter Rodney Berman of Golden Gloves said the Sierra Bullones, Philippines, native Dante “was very competitive” in the strawweight fight “but Khonco is the joker in the pack in this division.” Khonco is ranked No. 6 by THE RING, No. 10 by the WBC, No. 3 by the WBA and No. 13 by the IBF.

Previously unbeaten Inson (13-1, 9 KOs) of Davao City, Philippines, was on the wrong side of two 80-71 cards and one 79-72 card with a knockdown suffered in the third round, according to Berman, and acknowledged that he didn’t do enough to hang the first loss on Mbenge (11-0, 10 KOs), who was taken the distance for the first time in his two-year career.

“I cannot counter because he is too long, I can just hit from the inside,” said Inson of the loss, which is his second fight since jumping from lightweight to welterweight. (READ: For Jayar Inson, long odds and opportunity in overseas fights)

“Losing is painful but I am still happy because I learned something.”

Berman said he thought the “very tough” Inson would be able to challenge Mbenge more, but took the manner of victory as a positive.

“Maybe Mbenge is probably even better at this stage of his career than I thought,” Berman said via Twitter.