Chris Eubank Jr. and Arthur Abraham to clash on July 15 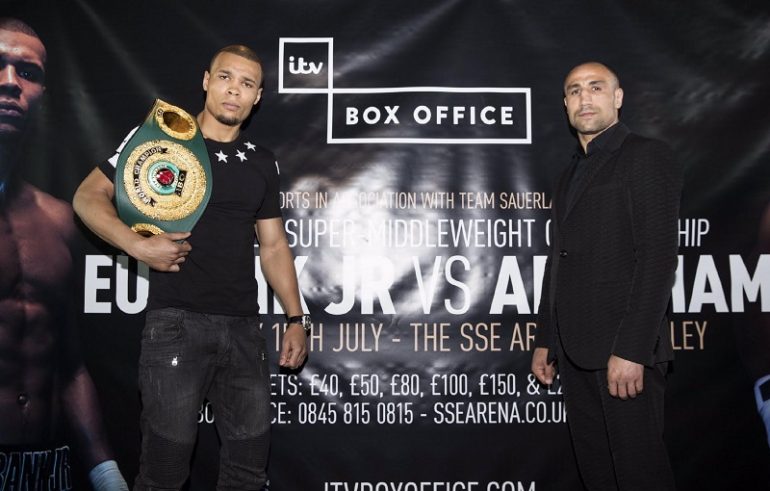 The son of the British legend will meet former two-division champion Arthur Abraham on July 15 at SSE Wembley Arena in London, it was announced at a news conference Wednesday.

The 12-round super middleweight fight will headline a pay-per-view show in England. There are U.S. television plans at this time.

“I respect every fighter,” said Eubank, whose lone career loss came to current WBO middleweight titlist Billy Joe Saunders. “Anyone who enters the ring has my respect but it’s my time now. I’m the next generation.

“… I’m confident in my abilities, whatever opportunity is put in front of me, I will take and I expect to stop Abraham.”

That would be quite the statement, a career-defining one for Eubank. After all, Abraham (46-5, 30 knockouts) has been stopped just once in 51 pro fights and Eubank owns no notable victories to date.

He figures to be catching the German at the right time, though. Abraham, 37, was shut out by rangy Mexican Gilberto Ramirez last year and is clearly past his best days.

“I’m very happy to be fighting here in England,” Abraham said. “I’m looking forward to it and I think it will be a good fight.”

Eubank, 27, (24-1, 19 KOs) has feasted on low-level opposition since the Saunders setback but now is returning to the world-class level against The RING Magazine’s No. 7 super middleweight.

A victory could set up a much-discussed bout with countryman and IBF titleholder James DeGale.