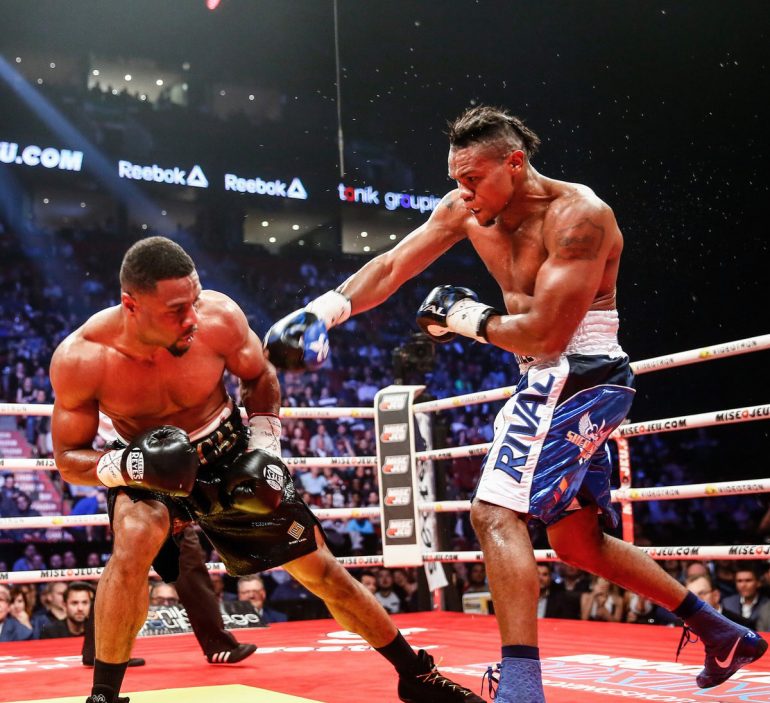 If there was any doubt before, it’s now certain: Jean Pascal is finished as a top-level fighter.

After plenty of headline fights on HBO; big-money showdowns; battles with men such as Bernard Hopkins and Sergey Kovalev, it’s all over.

The former light heavyweight champion and one of Canada’s most popular fighters might be finished, but as shot as Pascal appeared, Eleider Alvarez looked just as impressive.

Alvarez peppered Pascal with the double jab and landed plenty of punishing overhand rights en route to a majority decision victory Saturday at Montreal’s Bell Centre on Showtime. One judge curiously scored it 114-114, overruled by tallies of 117-111 and 116-112. RingTV.com scored it 117-111.

“I knew it was going to be a hard fight, I know Jean and I was ready, I was well-prepared,” Alvarez (23-0, 11 KOs) said through a translator. “I wanted (this fight) because champions aren’t fighting champions. I’ve been waiting two years, so now I can really get the title shot and there will be no doubt about it.”

This is the second time this year Alvarez risked his status as WBC mandatory challenger at light heavyweight with a bout against a faded, popular Canadian fighter. Alvarez scored a fifth-round knockout of Lucian Bute in February, and added Pascal to his resume Saturday.

Alvarez looked far more polished than he did in his only major American television exposure, a debated decision victory over Isaac Chilemba in November 2015.

The 33-year-old was stunned by a Pascal counter right in the opening round, but that was the most success the veteran would find all night.

The Colombia native responded in Round 2 and had Pascal hanging on for dear life following a three-punch combination along the ropes punctuated by a left hand to the body.

The Alvarez jab — often doubled — gave Pascal fits and blinded him before the big overhand right followed. And although Alvarez is still developing, he pulled out a few nice moves that showed he’s ready for Adonis Stevenson, who made quick work of Andrzej Fonfara in the main event.

Alvarez smoothly slid over following combinations to create punching angles and connect a few more times from the side.

He feinted often, and Pascal bit, creating opportunities for Alvarez’s heavy shots, including the power jab.

Alvarez again had Pascal reeling in Round 9 following repeated right uppercuts, but the Canadian bounced back and pushed the pace with wild shots in an attempt to steal the round.

It’s a strategy Pascal employed throughout the fight — slowing the action until letting lose with only 30 seconds remaining — and it seemed to sway one judge.

Make no mistake, though: Pascal exhibited all the traits of a shot fighter: poor balance, every shot seems to affect him and he was unable to pull the trigger.

“That was a close fight, I think I won the fight,” said Pascal, 34, who owns just two wins in his last three outings. “I have to respect the judges, but I think the fans enjoyed the fight.

“Right now, I don’t know (what’s next). I need to sit down with my team, but I know for a fact I pleased the crowd.”

What’s next for Alvarez is crystal clear: a well-deserved title shot against Stevenson.

Mike Coppinger is the Senior Writer for RingTV.com. Follow him on Twitter:@MikeCoppinger