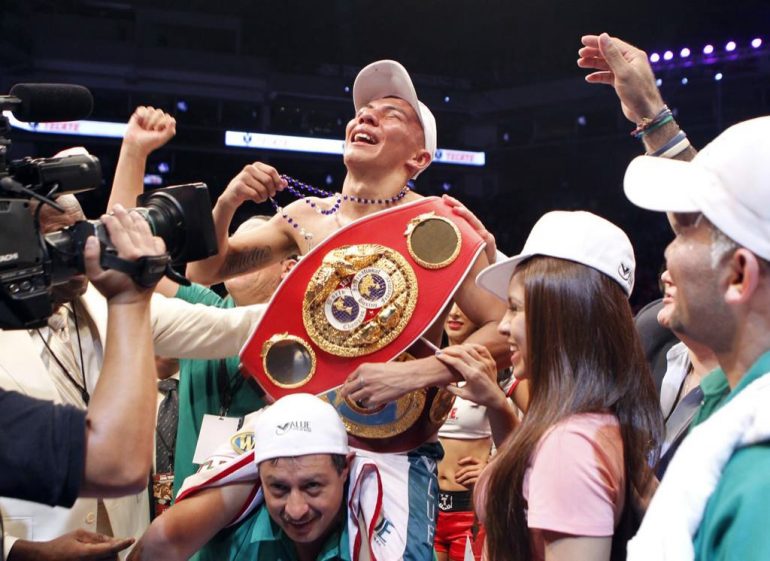 He hopes to continue his winning ways towards a world title belt tonight, June 3, when he faces Hector Gusman in a 12-round junior bantamweight bout at the Arena Oasis in Cancun, Quintana Roo, Mexico. (The fight will air on Televisa in Mexico.)

In his last bout on Feb. 4, Rodriguez (22-4-1, with 14 knockouts) dropped Hajime Nagai twice in Round 2 en route to a fifth-round technical decision. The Monterrey, Nuevo Leon, Mexico resident has won his last four bouts.

Rodriguez has fought as a junior bantamweight (weight limit of 115 pounds) in his last four bouts, but is ranked No. 3 by the WBC and No. 4 by the WBO at flyweight (112 pounds).

Gusman (15-3, with 9 KOs) last fought on May 12, losing a 10-round unanimous decision to unbeaten Juan Jose Jurado. The Argentine has lost three of his last four bouts.

Fringe lightweight contender Francisco Rojo (19-2, with 12 KOs), who is ranked No. 8 by the WBC, will face Jesus Miguel Velazco in an eight-round bout.

Elias Emigdio (1-0), who represented Mexico in the 2016 Olympic Games, will face Uriel Soto (0-1) in a four-round bantamweight bout.