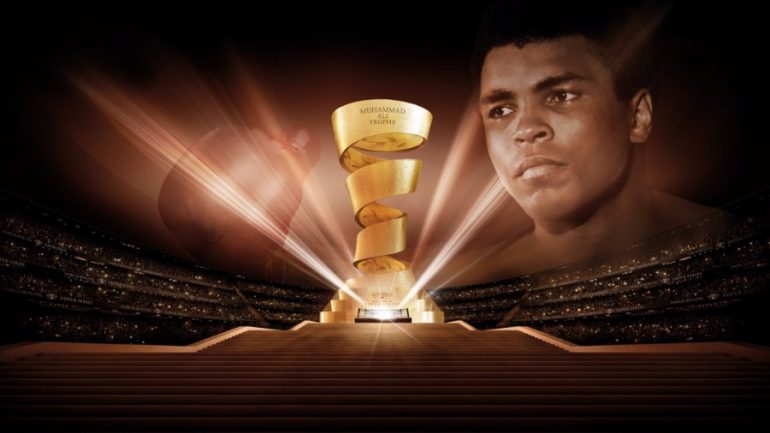 Three formidable cruiserweights have signed up for the World Boxing Super Series which commences in September.

IBF cruiserweight titleholder Murat Gassiev, WBC titleholder Mairis Briedis and former titleholder Krzysztof Wlodarczyk will all compete in the quarter-finals of the inaugural season of this revolutionary knock-out tournament, with the ultimate victor claiming possession of the Muhammad Ali trophy.

“It is an honor to be in the World Boxing Super Series,” said Gassiev, who is rated No. 2 by THE RING at 200 pounds. “This is the best fighting the best. I have never lost a fight, I am the IBF champion and I look forward to winning the other belts to cement my position as the best fighter in the division.”

Briedis, who is rated No. 4 by THE RING at cruiserweight, is also thrilled to participate. “This is the Champions League of boxing and I am going to prove that I am the world’s best cruiserweight,” he said. “The competition will be tough, but to be the best, you have to beat the best.”

Wlodarczyk is rated No. 10 by THE RING and is equally confident. “I will stamp my authority on the division by beating the best cruiserweights out there and winning the World Boxing Super Series,” he stated. “There is a reason the winner gets the Muhammad Ali trophy. He was the Greatest of all time, and the winner of this tournament has the right to call himself the greatest cruiserweight of our time.”

Season 1 of the World Boxing Super Series will feature the cruiserweights and super middleweight divisions. In each weight class, eight top fighters will battle out a bracket-style elimination tournament. There will be four quarter-finals (September / October 2017), two semi-finals (early 2018) and one final (May 2018), which makes for a total of 14 bouts.

“We have received a massive amount of applications for both divisions,” said Kalle Sauerland, Comosa’s Chief Boxing Officer. “The best fighters are lining up to be in the tournament. Just like the fans, they love the format and the fact that there will only be one man standing at the end.”

Richard Schaefer, Comosa’s Chairman of the Americas, added, “We promised you the biggest names and champions in the divisions and here we are delivering. More names will follow shortly. We simply can’t wait to get the action started.”

The quarter-final pairings will be determined during the Draft Gala in Monaco in early July. In each weight class, the four top-seeded boxers (which will be determined by the Comosa Board) will select their quarter-final opponents from the four unseeded boxers. Once the pairings are set, the exact fight dates and venues will be announced. Details about the participants in the super middleweight division will be revealed shortly.