Jarrett Hurd vs. Austin Trout is on for tentative summer date 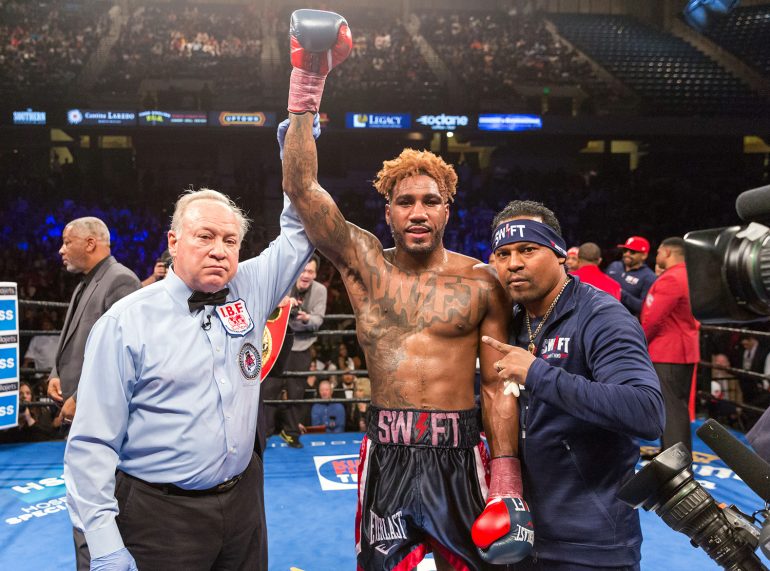 Jarrett Hurd’s first title defense figures to be a lot tougher than his fight to win the vacant belt.

That’s because Hurd and Austin Trout have agreed to a summertime fight for Hurd’s IBF junior middleweight title, sources with knowledge of the talks told RingTV.com. The fight was originally slated for the PBC on FOX show on July 15 but organizers are now looking for a new date, location and television home.

Trout, a former WBA 154-pound beltholder, is coming off a close decision defeat to Jermall Charlo in May 2016. The 31-year-old New Mexico native owns a win over Miguel Cotto and suffered a hotly contested loss to Canelo Alvarez.

Hurd’s experience is dwarfed in comparison.

But Trout (30-3, 17 KOs) won’t be there to be hit. The crafty southpaw – rated No. 5 by THE RING Magazine – controls fights with his jab and owns oodles of experience. He’s been noncompetitive just once, in a lopsided 2013 defeat to Erislandy Lara.

Hurd-Trout is one of the best fights that can be made in the loaded 154-pound division and the matchup should help clear the muddied title picture and set up some big future fights.

Hurd, who is rated No. 6 by THE RING, could prove to be the real deal but, even if he is, Trout could realistically take that title off his waist.