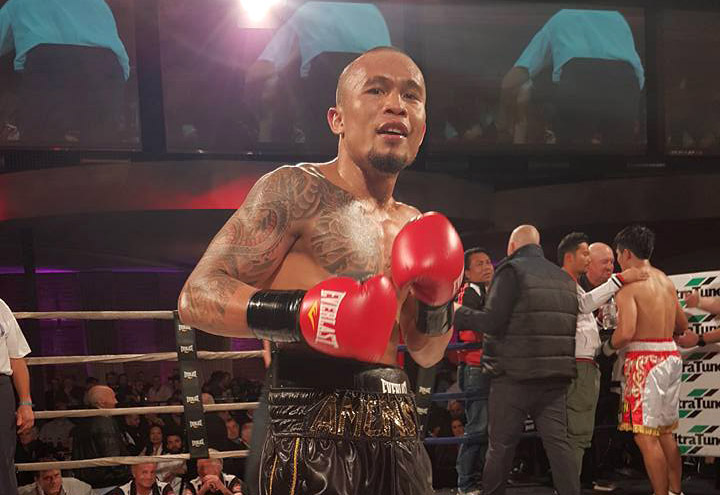 MANILA, Philippines – Czar Amonsot isn’t concerned about what critics have to say after the Filipino boxer accepted an invite to spar with Jeff Horn, the unbeaten Australian who will fight WBO welterweight titleholder Manny Pacquiao on July 2.

He views helping the opponent of the boxing champion/senator as his contribution for a better fight at the Suncorp Stadium in Brisbane, Australia.

“For me as a boxing person I just want to help the show. May the best man win,” says Amonsot (34-3-3, 22 knockouts), a 31-year-old southpaw originally from Tagbilaran City, Bohol, Philippines who has been based out of Melbourne, Australia for several years.

Amonsot says he was preparing for his own fight set for July 14 when he received a call to spar with Horn (16-0-1, 11 KOs), a 2012 Olympian. Horn’s trainer/manager Glenn Rushton told the Courier-Mail he thought Amonsot will be “great sparring for Jeff” because “he’s tough and aggressive and fight fit.”

Amonsot says he never sparred Pacquiao, as was previously reported, because Pacquiao was preparing for orthodox boxer Erik Morales — Amonsot believes the first fight in 2005 — when they were both at the Wild Card Boxing Club.

He says he’ll fly in to Brisbane to train with Horn next Monday. He concedes there are few boxers who can approximate the style and intensity of Pacquiao.

“I don’t think so,” Amonsot says when asked if his style is similar to Pacquiao’s. “Everyone does their own thing if you know that. Every single person [has their] style.

“They’re paying everything for me so why not? I know I can’t be like Manny,” Amonsot adds.

Amonsot has quietly rebuilt his career in Australia, remaining unbeaten in his last 18 fights since 2009 – including five straight knockouts – and is rated in the top five by the WBA at junior welterweight. His biggest fight to date was in 2007, when he lost a decision to Michael Katsidis for the interim WBO lightweight title in Las Vegas on the Bernard Hopkins-Winky Wright pay-per-view card.

The fight left both hospitalized, and a subdural hematoma was discovered in Amonsot’s MRI exam, ESPN reported at the time.

The Courier-Mail report states that former champion Zab Judah is being sought as a sparring partner by the Horn camp after being turned down by WBO junior lightweight titleholder Vasyl Lomachenko. Judah was a sparring partner for Floyd Mayweather Jr as he prepared for his 2015 fight with Pacquiao, whom Mayweather beat by unanimous decision.

Meanwhile in the Philippines, Adrian Young (23-3-2, 18 KOs) of Los Mochis, Mexico, arrived this week to spar Pacquiao. George Kambosos Jr, an Australian lightweight who had trained some with Pacquiao’s strength and conditioning coach Justin Fortune, declined to join Pacquiao’s roster of sparring partners, which so far has consisted of Filipinos Leonardo Doronio and Sonny Katiandagho.