Max Holloway is on a mission at UFC 212 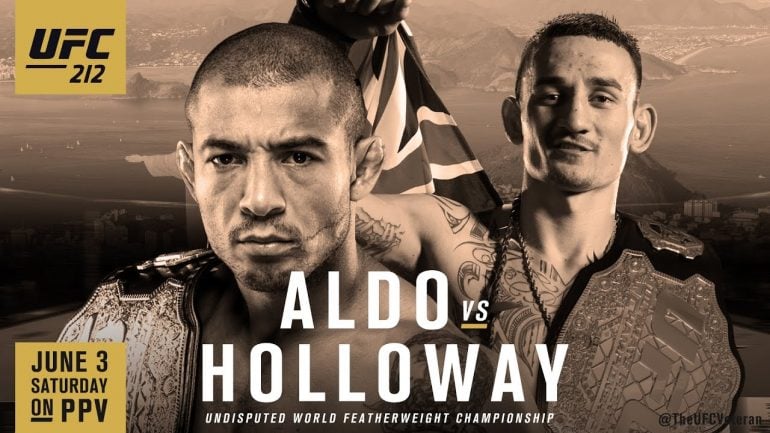 31
May
by Kendrick E. Johnson

Even with 10 consecutive wins inside the Octagon, interim UFC featherweight champion Max “Blessed” Holloway has never had the opportunity to fight for the undisputed championship.

That will all change Saturday when Holloway takes on UFC featherweight champion Jose Aldo to unify the belts at UFC 212 at the Jeunesse Arena in Rio de Janeiro, Brazil.

It will be only the second time in his career that Holloway has headlined a pay-per-view card but he is extremely confident of entering enemy territory in pursuit of a lifelong dream.

“I’ve been in some spotlights in my career and have had a five-round fight outside of the UFC and I’m ready for anything,” Holloway said during a recent conference call.

“I’m just ready to show the world what I’m all about and why I’m the best fighter in this division.”

The “Blessed One” has finished off seven opponents in his 10-fight winning streak, including a TKO over former UFC lightweight champion Anthony Pettis to become interim champion.

Holloway and Aldo are two of the best all-round strikers in the MMA today, but there aren’t many other similarities inside or outside the Octagon. What they do have in common, however, is that their most recent defeat came against the UFC’s most recognizable star “Notorious” Conor McGregor.

For Holloway, the loss to McGregor, four years ago, was a good thing. He regrouped, developed himself into a more complete fighter and has gone on to post one of the biggest winning streaks in UFC history.

However, despite incredible success at championship level over the last couple of years, the UFC has been reluctant to put their hype machine behind Holloway, much to the puzzlement of many media members and fans.

Even with that lack of push, Holloway is very excited to have the opportunity to reign in a division that has only had two undisputed champions in its short history.

“I just can’t wait to do the damn thing; get in there and fight one of the greatest of all-time,” Holloway said. “He’s one of the greats in our sport, but it’s time for a new era.”