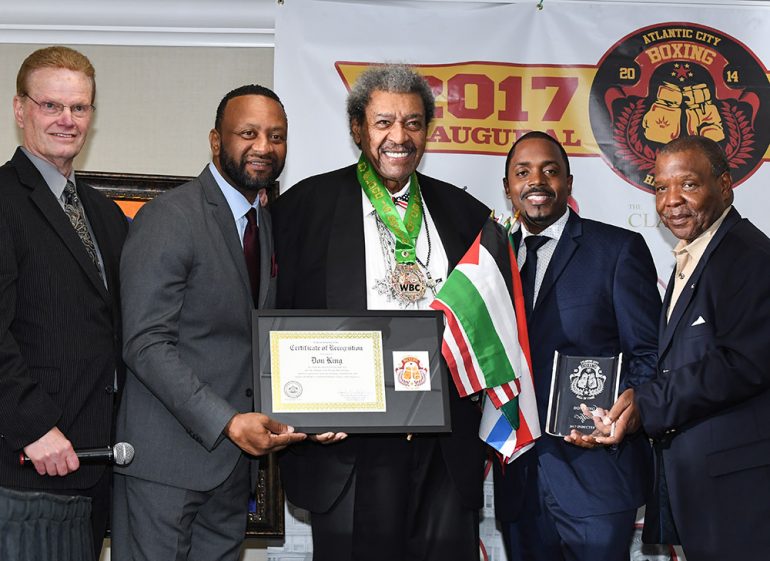 Photo by Matt Heasley
28
May
by Joseph Santoliquito

ATLANTIC CITY, N.J. — There was a time when Atlantic City, New Jersey, could bid on – and get – the best fights in the world. From the 1980s through the mid-2000s, there was no other place a fight fan would rather be than the little town about a 50-minute drive from Philadelphia.

It’s a city with a storied history in the sport, and it’s a place that many felt deserved a special, singular designation – and a place that needed to honor the many great fights, fighters and fight people that came through Atlantic City. 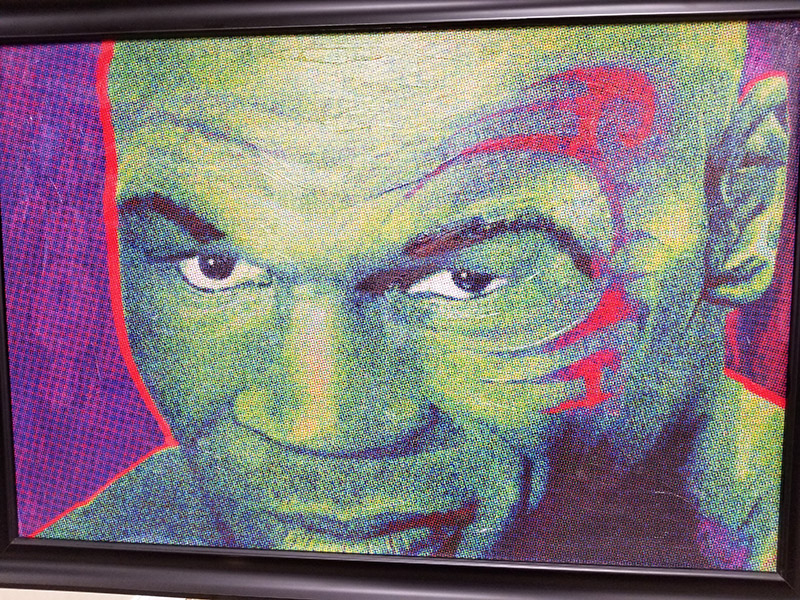 Tyson was a late-second scratch, but had intended on attending. Holmes was the only other living inductee not able to make it. Tyson did send a brief “thank you” video.

Much of what happened in Atlantic City, especially in the 1990s and early 2000s, wouldn’t have been possible without Condon, a genial man who has been a great friend of the sport when not many executives were.

“When I joined Bally’s, no one was doing boxing in Atlantic City on a regular basis, so I pretty much used boxing as a marketing tool to get Bally’s’ name out there,” said Condon, 61, the former COO of Bally’s from 1992 to mid-2008, and is now retired and works as a consultant. “The fights turned out to be successful and we outgrew our ballroom pretty quickly. Then, we started getting big fights in Boardwalk Hall and our company bought Caesars.

“We brought the Gatti fights with Micky Ward at AC, some Evander Holyfield fights, Kelly Pavlik, Bernard Hopkins, Andre Ward – a tremendous amount of great fights. This is a great honor, and I put a lot of time and effort into bringing great fights to Atlantic City and it’s a nice honor to be recognized after all of these years.”

Smoger was a part of many great fights in Atlantic City, like Kelly Pavlik’s first fight against Jermain Taylor on September 29, 2007, at Boardwalk Hall. Smoger has a reputation for letting fighters fight, and that was one of those situations: When Pavlik was hurt early, Smoger let them continue. 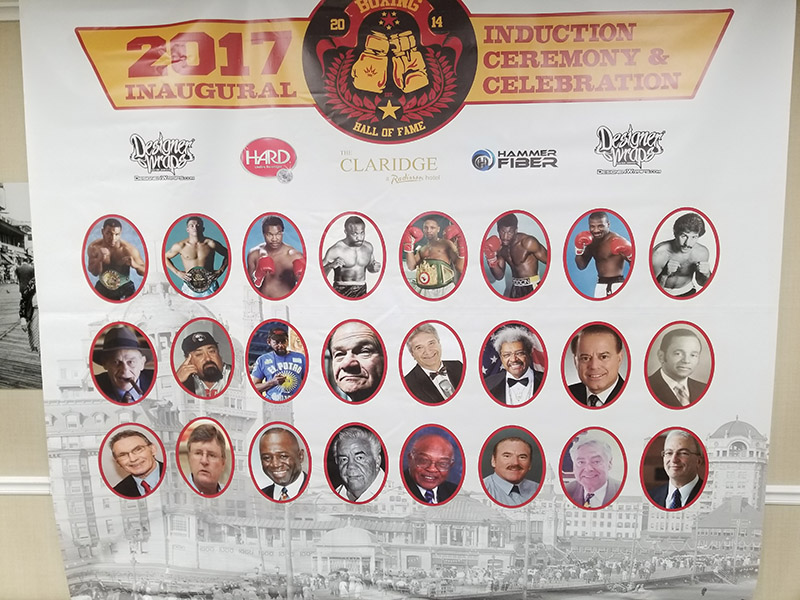 “It’s why it means more for me,” Smoger said. “To be first in anything is very, very special, and I’m the only working official to be inducted means that much more to me. I’m part of a great group of people, and I was blessed to be given the opportunities I have, especially for fights like the Pavlik-Taylor fight.

“Pavlik-Taylor I helped me. I let them go, even after seeing Kelly hurt. He came back and walked Jermain down and it was a great fight.”

A New Jersey Boxing Hall of Fame inductee and BWAA Sam Taub winner, Bontempo was there to see Atlantic City at its zenith as a hub of the boxing world, and is very much a part of the fight game today as the analyst for the foreign telecasts of most major fights. He’s seen the sport go up, and now it’s in a down zone in Atlantic City.

“There always can be hope for Atlantic City, and I think a revival can be in the gaming industry,” said Bontempo, one of the real good guys in the sport today. “The city moved collectively, with one casino trying to one-up the other. There was a healthy competition here in Atlantic City, and it helped bring great fights to Atlantic City.

“For me living through those times in Atlantic City, it all happened here.”

Qawi, a member of the International Boxing Hall of Fame and New Jersey Boxing Hall of Fame, had won his first major title in Atlantic City, beating Saad Muhammad for the WBC World light heavyweight title at the defunct Playboy Hotel & Casino.

“Being part of the first group makes me really happy,” said Qawi, who still looks good at 64. “I still live in the area and I’m still working. My priority right now at this stage in my life is to help others, and I work towards that every day.” 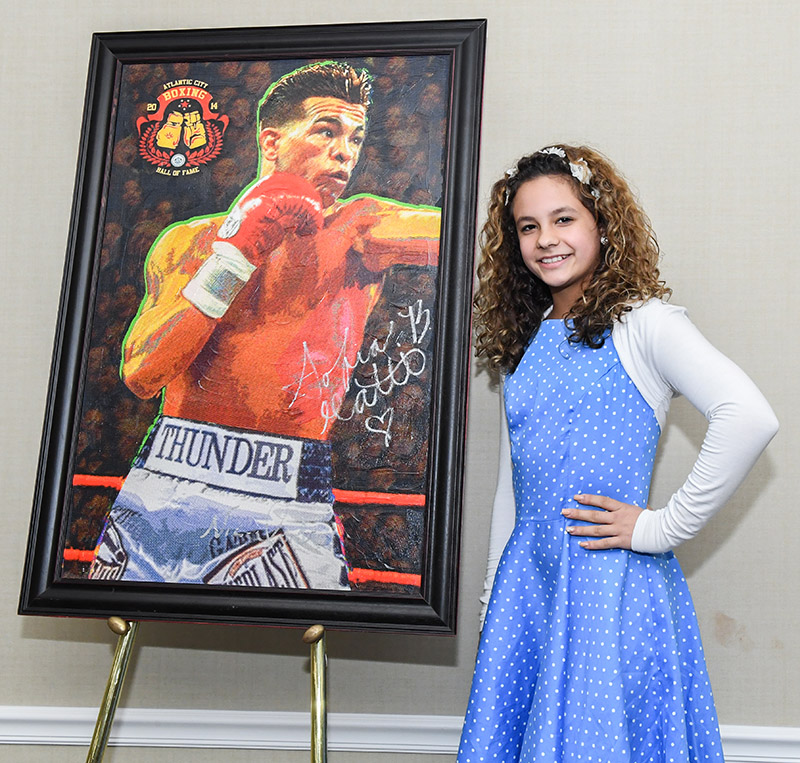 None of Sunday night would not have been possible without Ray McCline, the founder of the Atlantic City Boxing Hall of Fame. McCline, with the help of PR guru Marc Abrams, ran a smooth program without any glitches.

“This is a labor of love,” McCline said. “There are a lot of moving pieces that you have to put together with something this big. This is something that I chose to do and take on, and it’s really exceeded my expectations. Marc was a big help to us, and our whole team worked really together to make this happen.

“The biggest challenge we had was having people recognize us as something legitimate. Our motto is different than the New Jersey Boxing Hall of Fame and we have a very good relationship with them. Atlantic City is a great city for boxing. It has a great history and it’s a history that should be honored. That’s our intention here. The ultimate goal is open a physical hall of fame here at the Claridge and have a physical structure. We have the space already selected to house memorabilia, and we want to honor everyone, in the New Jersey Boxing Hall of Fame and Pennsylvania Boxing Hall of Fame.”

Of course, Hall of Fame promoter Don King topped off the evening.

“He and I were giving turkeys to the underprivileged, to the downtrodden, the needy, and the denied. You have to love what you see in the mirror. I started at the top and I never left. I stand up for you the people. Donald Trump is bringing it all out. Like him or not like him, he brings the truth to the floor. I want to thank everyone for coming out, and this is an opportunity for everyone to have confidence in themselves.”