Mikey Garcia vs. Adrien Broner in the works 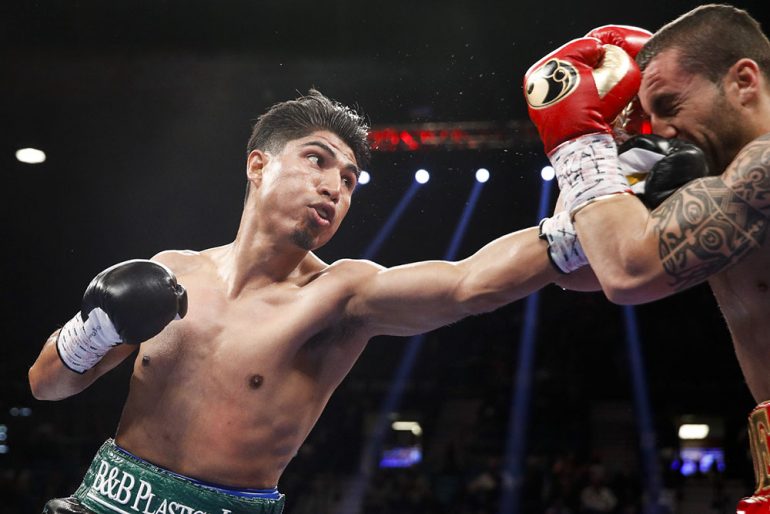 An intriguing catchweight bout is in the works.

Mikey Garcia and Adrien Broner are in discussions for a bout that would be televised on Showtime, RingTV.com was informed Thursday by a source close to the negotiations.

The source requested anonymity because he’s not authorized to publicly speak on the subject.

There’s no deal yet, though, and an agreement isn’t imminent at this time. FightHype.com reported that the fight would take place July 29 at Barclays Center in Brooklyn, New York, but there’s no venue or date being planned at this time, per the source.

Also still to be negotiated: the weight. Garcia (36-0, 30 knockouts) holds a title at 135 pounds after he scored a sensational knockout of Dejan Zlaticanin.

Broner (33-2, 24 KOs) last fought in February with a grueling majority decision victory over Adrian Granados. The fight was originally contracted at 140 pounds, but later changed to 147 at the request of Broner’s camp.

The 27-year-old held a title at 140 last year but lost the belt at the scale before his fight against Ashley Theophane.

Broner is fresh out of jail after a 72-hour jail stint this week for an outstanding warrant related to a disorderly conduct incident at a Kenton County, Kentucky, establishment in 2014.

It’s unclear what kind of shape he’s in, though he posted on social media last week that he was in training. Garcia, 29, on Monday also stated he was preparing for a fight.

Showtime announced last month that both Garcia and Broner would appear on the network this summer but in separate events.