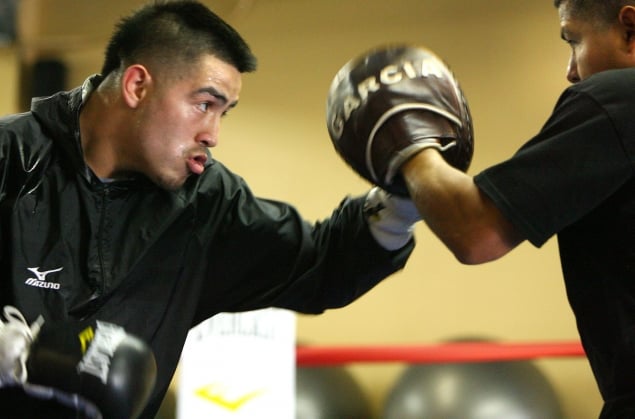 25
May
by Mike Coppinger

Brandon Rios’ retirement turned out to be short-lived.

The welterweight brawler retired at the news conference following an absolute shellacking at the hands of Timothy Bradley in November 2015.

Less than two years later, Rios is back, set for a fight against Mexican journeyman Aaron Herrera on June 11 in the main event of a Premier Boxing Champions on FS1 card  (10:30 p.m. ET). The event will emanate from The Pioneer Event Center in Lancaster, California, about 80 miles from Rios’s hometown of Oxnard.

“This is my first fight in Southern California in almost five years and I can’t wait to put on a show for those fans who have supported me throughout my career,” said Rios (33-3-1, 24 knockouts) as quoted in a press release. “I’ve always given the fans a great show and I’m planning on picking up right where I left off and being better than ever when I get back in the ring. I’ve been training for a while in preparation for a great victory on June 11 on FS1 and FOX Deportes.”

Rios was one of the great action fighters during his prime, which spanned from 2010 to 2015. The former lightweight titleholder engaged in two absolute wars with Mike Alvarado before Rios scored a third-round knockout in a disappointing third meeting in 2015, which stands as his last victory.

Rios, 31, will take it easy in his comeback bout with Herrera (32-6-1, 21 KOs) receiving the call. He’s been knocked out three times — by prospects like Regis Prograis and Mike Reed — and doesn’t figure to offer much resistance against the hard-charging Rios.

“This is a terrific opportunity for me to face a fighter the caliber of Brandon Rios,” said Herrera, 28, in the release. “He’s had a great career and fought many champions and I look forward to giving him everything I have. Fighting Rios is a great test for me and I’ll be ready to pass on June 11.”

Rising junior welterweight prospect Mario Barrios (18-0, 10 KOs) takes on Jose Luis Rodriguez (23-8-1, 13 KOs) in the co-feature. Barrios, a giant for his division at 6 feet tall, is coming off two consecutive knockout wins, albeit against limited opposition. Jose Miguel Borrego (11-0, 10 KOs) and Kevin Watts (11-1, 4 KOs) will round out the televised tripleheader in a 140-pound bout.