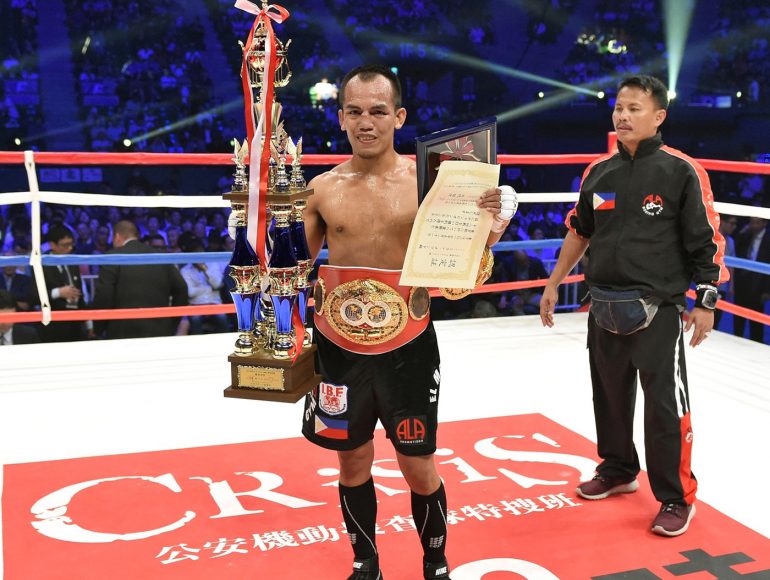 Milan Melindo poses with the IBF 108-pound world title, trophy and certificate after defeating Akira Yaegashi in Tokyo on May 21, 2017. Photo / Naoki Fukuda
21
May
by Ryan Songalia

Milan Melindo finally made good on his dream of winning a world title Sunday, stopping Akira Yaegashi with three knockdowns in the first round to win the IBF junior flyweight title at the Ariake Colosseum in Tokyo, Japan.

Melindo (36-2, 13 knockouts) sent Yaegashi (25-6, 13 KOs) down a minute into the fight with a left hook-right hand combination, and then a succession of left-hand blows downed Yaegashi once again shortly after. In crisis, Yaegashi reacted the way he had throughout his 12-year career: He fought back. 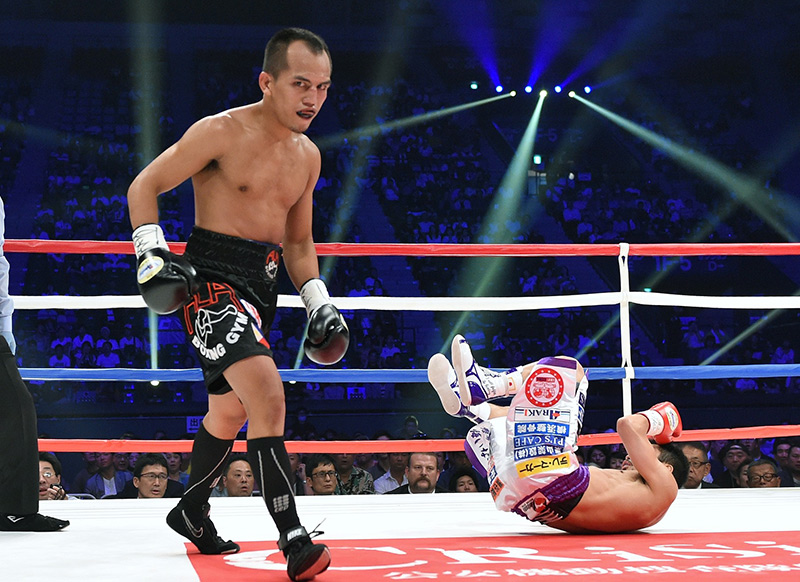 That approach only left him more vulnerable, and after body shots had the 34-year-old Japanese champion looking downstairs, Melindo scored the third and final knockdown with a right cross to the jaw.

Referee Edward Hernandez Sr. stopped the fight at the 2:45 mark, making Melindo a world champion after two previous decision losses in title fights in 2013 and 2015, when he dropped decisions to Juan Francisco Estrada and Javier Mendoza.

“We are proud with Milan because he delivered the game plan without pressure on his mind,” said Melindo’s trainer, Edito Villamor, to RingTV. “The hard work and dedication with the team; we are very happy.” 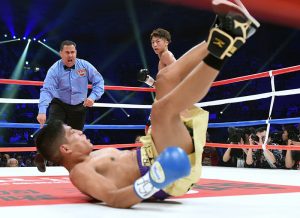 In the other world title fight on the card, WBO junior bantamweight champion Naoya Inoue continued to be in a league of his own, destroying Ricardo Rodriguez by technical knockout at the 1:08 mark of Round 3.