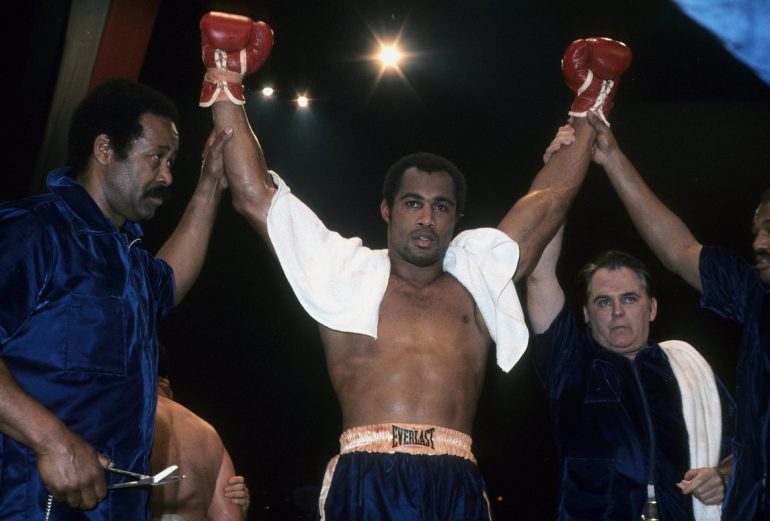 Ken Norton celebrates his 1976 victory over Ron Stander. Photo from The Ring archive
11
May
by Tom Gray

The last time he had been in a prize ring, Ken Norton had wept his eyes out.

On September 28, 1976, Muhammad Ali had claimed a contentious 15-round decision over the ex-marine at Yankee Stadium in New York to retain the heavyweight championship of the world. Norton thought he had won the fight – knew it in fact – but Ali’s cunning and, perhaps, his immense popularity got him over the finish line.

The tears had burned Norton’s face more than any punch he had taken.

The Adonis-like Californian was now disenchanted with his profession. Norton had lost two title fights, the other to George Foreman by second-round stoppage, and was down 2-1 to Ali, who was unlikely to give him a rematch following such a close call. If Norton, who was 34 years old, was going to come back, then he needed serious motivation.

The unbeaten Bobick was a 6-foot-3, 215-pound heavyweight from Bowlus, Minnesota. He had won 38 professional fights, 32 by knockout, and was boxing’s latest “Great White Hope”. His opposition had been undistinguished, however, and a victory over Teofilo Stevenson at the 1971 Pan Am Games was Bobick’s only true claim to fame. Stevenson had later avenged the defeat in style at the 1972 Munich Olympics. 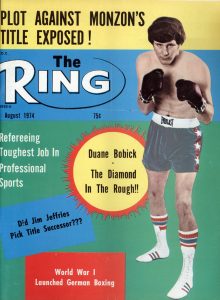 There was more. Bobick was coached by future Hall-of-Fame trainer Eddie Futch, who had worked with Norton for several years. They had split in late-1973, after Futch agreed to manage former heavyweight champion Joe Frazier. Yank Durham, Frazier’s manager, had passed away and Futch was honoring a promise he had made to look after him.

Norton would later reveal that leaving Futch was his biggest career regret, but at the time there was bitterness. Bumping off Futch’s new protége would therefore bring great satisfaction.

The heavyweight division was wide open in 1977. Ali was ready to be taken, Frazier was in retirement and Foreman had been outpointed by Jimmy Young. Norton, still the No. 1 contender, was installed as an 11-5 favorite to hand Bobick his first career loss and move on to another title shot.

The fight took place at Madison Square Garden in New York on May 11, 1977, and Norton was red-hot.

With less than 30 seconds gone in the opening round, Bobick was nailed by a brutal overhand right which stiffened his legs. A flush right uppercut followed and Bobick quickly found himself trapped in his own corner. Are you watching, Mr. Futch? Norton utilized uppercuts and a torrid body attack to set up the overhand right again. The shot landed with sickening regularity. Dazed, and in agony, the underdog went down hard.

Referee Petey Della was very inexperienced and after “completing” a 10-count, bizarrely, motioned for the fighters to continue. As he did so, Bobick staggered several feet along the ropes, prompting Della to come to his senses and halt the action. The fight had lasted just 58 seconds.

“Once I had him hurt it was just a matter of putting punches together and I was very lucky,” said a gleaming Norton during his post-right interview with NBC. “It seems Eddie Futch didn’t know me as well as he though he did.”

Norton was upgraded to WBC heavyweight titleholder in 1978 when Leon Spinks agreed to face Ali, whom he’d outpointed, in a direct rematch. In his first defense, Norton lost a 15-round split decision to Larry Holmes in one of the greatest heavyweight fights of all time. He retired in 1981 with a record of 42-7-1 (33 KOs).