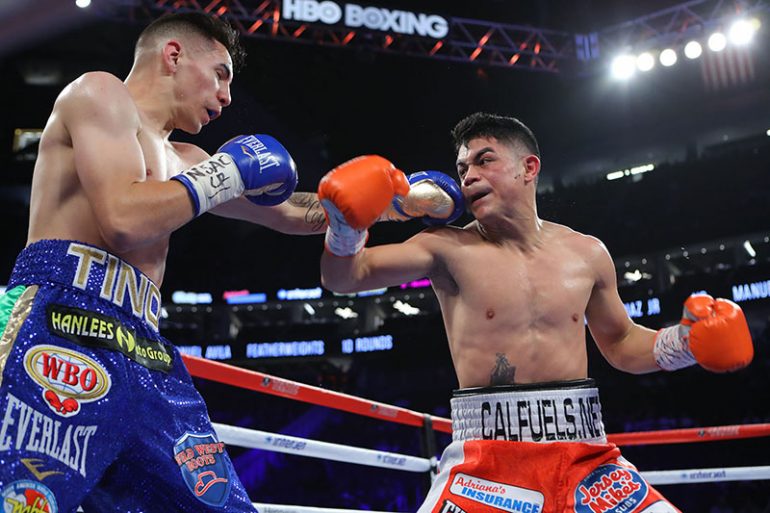 The stars of the show were Canelo Alvarez and Julio Cesar Chavez Jr. but Jo Jo Diaz might’ve made the most progress on Saturday in Las Vegas.

Diaz, the RING’s No. 8 featherweight as of last week, passed the biggest test of his young career by defeating then-unbeaten fellow contender Manuel Avila (unrated last week) by a near-shutout 10-round decision.

Canelo’s shutout of Chavez was impressive but, given Chavez’s obvious limitations, the Editorial Board decided to leave Canelo at No. 8. Of course, his showdown with No. 3 Gennady Golovkin on September 16 will provide an opportunity for him to climb up the list.

Canelo’s 160-pound RING championship was not on the line because he fought Chavez at a catchweight of 164½ pounds. Canelo will fight Golovkin at the middleweight limit, which makes it a title defense.

Also, David Lemieux (No. 3 last week) held his position after easily outpointing Marcos Reyes at a catchweight of 163 pounds on the Canelo-Chavez card.

Lucas Matthysse (unrated last week) scored an impressive fifth-round knockout of durable Emmanuel Taylor (unrated last week) on the Canelo-Chavez card. However, it wasn’t enough for the Argentine to crack the Top 10 in what is presumably his new division.

Riku Kano (No. 6 last week) is removed from the ratings after getting knocked out by Jerry Tomogdan (unrated last week) on Friday in Japan. He is replaced by Tatsuya Fukuhara, who enters at No. 10.