Tony Bellew: ‘I have a better boxing IQ than Wilder has ever had’ 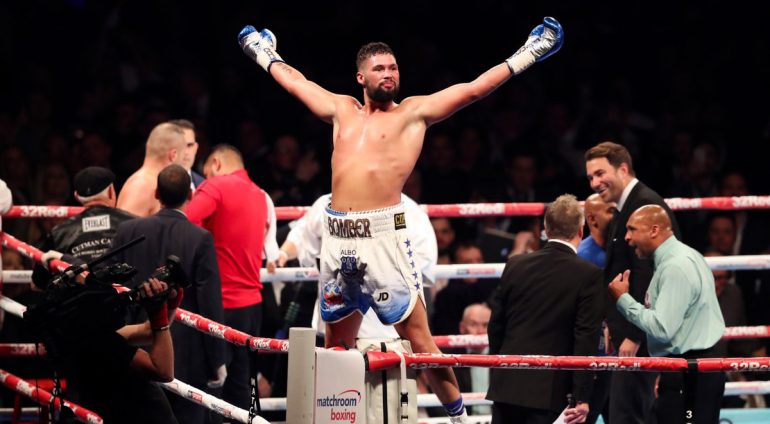 British star Tony Bellew is still debating his next move but the likely scenario would appear to be another big fight at heavyweight.

During the buildup to Anthony Joshua’s victory over Wladimir Klitschko last month, Bellew and Wilder engaged in a face-to-face war of words and a matchup between the pair remains a distinct possibility.

“(Wilder) has no fear of taking a punch – he’s not like the heavyweights of today, who are all scared to get hit,” said Bellew in an interview with Sky Sports.

“I’ve got massive respect for the way he fights, which is very similar to Anthony Joshua but technically not on the same level. Wilder is exactly what it says on the tin – he is wild. He is very powerful, very dangerous and very fast.”

Despite his obvious respect, Bellew, who is ranked No. 3 by THE RING at cruiserweight, was keen to point out that he would be confident of springing the upset.

“He makes numerous mistakes and is wide open to anyone with a boxing brain,” Bellew stated. “I have a better boxing IQ than Wilder has ever had. I’m a student of the game.

“But I’m under no illusions that if his right hand hits me on the button, I’ll wake up in Neverland.”

Parker is the other option which Bellew has been seriously considering. The unbeaten New Zealander looked lackluster in a 12-round unanimous decision victory over late-replacement Razvan Cojanu on Saturday.