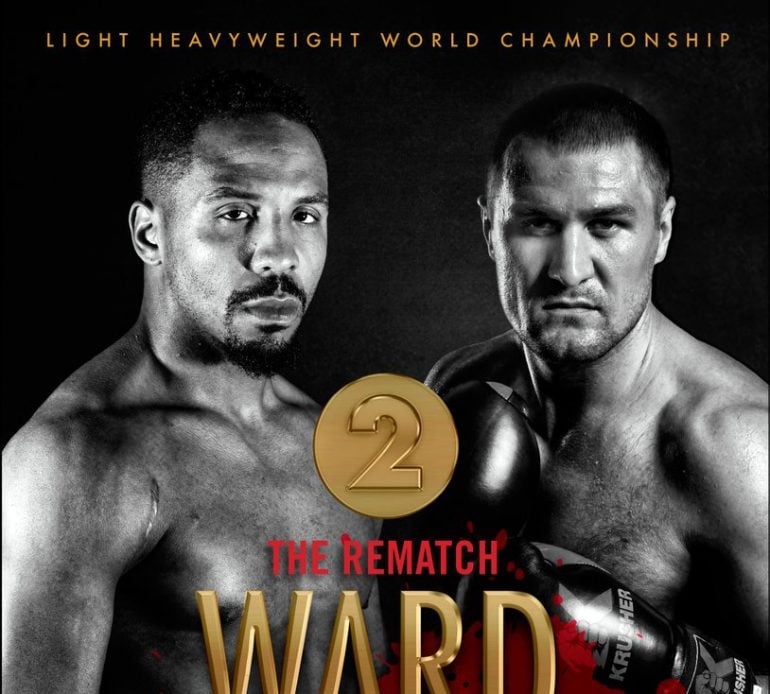 The last time camps took sides and you had a Hatfields/McCoys flavor to a promotion, it was April 2015, and we were counting down to the stillborn super fight that was #Maypac. Bob Arum was frustrated with Al Haymon, and sparring with Stephen Espinoza and Ken Hershman somewhat floated above, trying to be amused rather than disgusted.

That was 2015 and this being boxing, configurations of this crew went at each other in the legal arena, and others went the “let bygones…” route and sought to re-craft a semi amiable business relationship.

That is not the operative mood as we assess the parties involved in the June 16 light heavyweight sequel to the November 2016 Andre Ward-Sergey Kovalev showdown.

On Sunday, Main Events went into social media smackdown mode on Andre Ward. The New Jersey-based promoter for the Russian bear alleges that Ward blew off a date to film the “Face Off” promo program hosted by Max Kellerman.

We regret to inform you that there will be no Face Off for #WardKovalev2. The coward @AndreWard left Las Vegas to avoid @KrusherKovalev! pic.twitter.com/5sinCaF0it

Main Events’ chief Kathy Duva told RingTV.com the hows and whys from their side of the line.

“HBO was set up to shoot a Face Off with Sergey and Ward today (Sunday),” Duva said. “That is why we all came out to Las Vegas this weekend. It was the only date where we could sync everyone’s schedules. A great deal of money and time was expended to set this up.

“And this morning, a few hours before the taping, HBO and I got an email from Roc Nation informing us that Andre had already left town. So unprofessional. And such disregard for the money wasted by both his promoter and Main Events. More important, an HBO crew was at the studio setting this up at 4:00 a.m. because Ward’s people insisted that we start as early as possible today.”

I talked to a source with knowledge of the matter from the Ward perspective. The source said actually, it was Kovalev who no showed. The two men were supposed to both be interviewed Saturday night in Vegas during the HBO PPV topped by the Canelo Alvarez-Julio Cesar Chavez Jr. fight.

The Oakland boxer then decided to leave. He wasn’t going to go out of his way to accommodate Kovalev after the Russian disseminated three weeks ago what the New York Post called “a new promo for the bout on his social media account that is rife with racist and anti-gay slurs.”

It looks and feels like there is legit bad blood in the water as we trek toward June 16, when Kovalev tries to finish what he started when he knocked Ward down early in their first fracas. This isn’t manufactured to hype the marketing.