The countdown to Canelo Alvarez vs. Gennady Golovkin begins 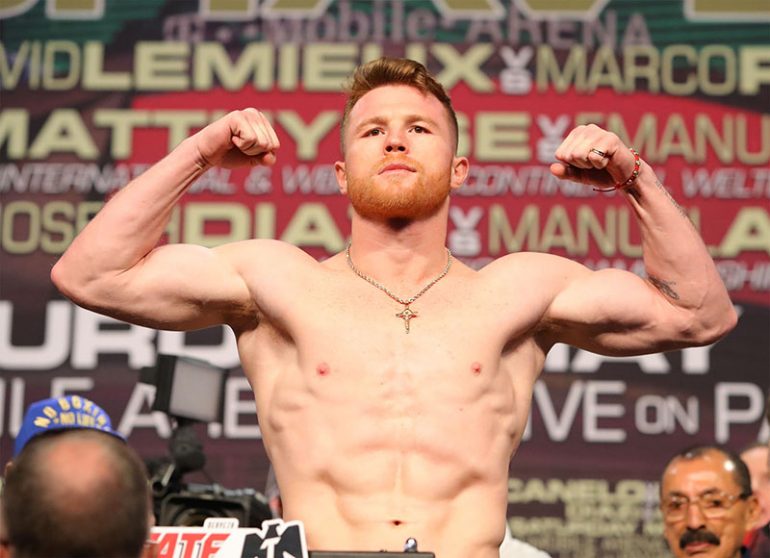 LAS VEGAS – That’s out of the way. Now we can look forward to the real showdown.

Canelo Alvarez did what most people thought he would on Saturday night at T-Mobile Arena, which was to outclass countryman Julio Cesar Chavez Jr. and claim a lopsided victory. Canelo wasn’t able to end the fight early but landed at will to win every round on every card, which wasn’t shocking.

The big surprise – a very pleasant surprise – came immediately afterward, when it was announced that Canelo’s next fight will be against Gennady Golovkin on September 16.

The fans will finally get the matchup for which they’ve clamored for more than a year, an enormous event that will determine the best 160-pounder in the world. Canelo’s RING middleweight championship and Golovkin’s three sanctioning body titles will be on the line. No site has been selected.

“GGG, you are next my friend. The fight is done,” Canelo announced in the ring, which elicited wild cheers from the 20,510 at T-Mobile and undoubtedly reverberated worldwide.

The victory over Chavez will have served to help Canelo transition to 160 pounds, as he had never weighed in at more than 155 previously. Nothing else came out of it.

Canelo (49-1-1, 34 knockouts) demonstrated almost immediately that Chavez’s natural size advantage was meaningless, although that and his inherent toughness probably allowed him to reach the final bell on his feet. Superior ability completely trumped size.

Canelo was too quick, too smart, too good for his game opponent, who simply doesn’t have the tools to contend with a fighter with Canelo’s natural gifts and skillset. The only time Chavez (50-3-1, 32 KOs) was able to score was when Canelo let him, when a seemingly bored Canelo rested with his back against the ropes and covered up. And even then Chavez did no damage.

The final result was a brutal beating and one of the most onesided fights you’ll ever see. One had to feel sorry for Chavez.

The spirited fans in attendance were enthusiastic about the fight at the beginning, chanting the names of both fighters and cheering when each did anything resembling good work in the first few rounds. They largely went quiet as the inevitable became clear, though. And by the end, there were boos. Fans had hoped for more.

They wanted to be entertained. Instead, they witnessed a systematic slaughter that was anything but competitive. Chavez, his face bruised and his left eye almost closed shut, acknowledged the obvious afterward, saying, “He’s very good and he beat me.”

But is he good enough to beat Golovkin, an excellent boxer and one of the most feared punchers on the planet?

That’s the question fans will be asking for the next four-plus months as what promises to be one of the most hyped fights in recent years approaches. At the moment, only one thing is certain: Fans angry at Canelo for giving up his WBC title rather than face GGG immediately can no longer claim that he is ducking him.

“I’ve never feared anyone,” Canelo said through a translator. “…  When I was born, fear was gone. I never got my share of fear. I’m very happy. The rivalry is going to show my skills even more. I’ve had difficult fights and that will no doubt be a tough fight. But, I always say, Canelo Alvarez is the best because I fight the best.”

No one wanted the fight more than Golovkin, who, at 35, will finally get his superfight.

“I feel very excited,” GGG said in the ring. “… Tonight, first congrats to Canelo and his team. Right now, I think everyone is excited for September. Canelo looked very good tonight, and 100 percent he is the biggest challenge of my career.”

Indeed, everyone is excited.